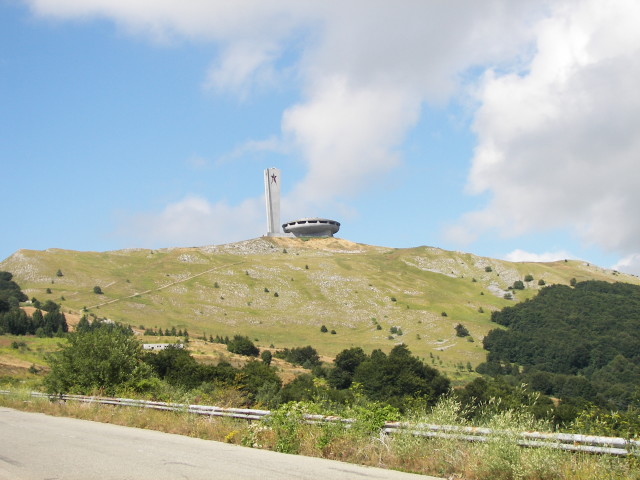 The Buzludzha Monument is a massive saucer-shaped communist-era building high atop a mountain in Bulgaria. Completed in 1981, the building features a 350 foot tall tower and an enormous circular conference hall. In addition to serving as a monument to Bulgarian socialism, the building was also the headquarters of the country’s Communist Party. However with the collapse of communism in Bulgaria in 1990, the monument fell into disuse and disrepair. Last year urban explorer Darmon Richter made a treacherous wintertime visit to the monument and took some remarkable photos of the structure’s interior and the general decay of the site. 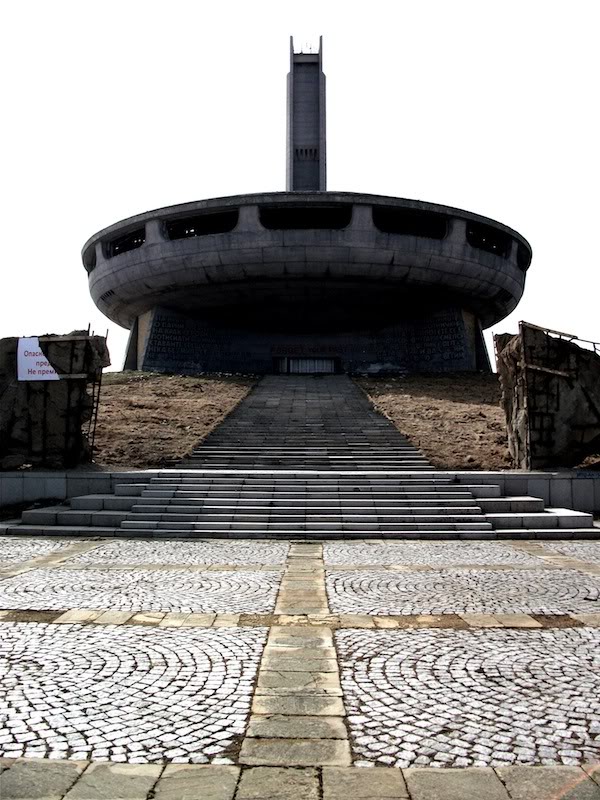 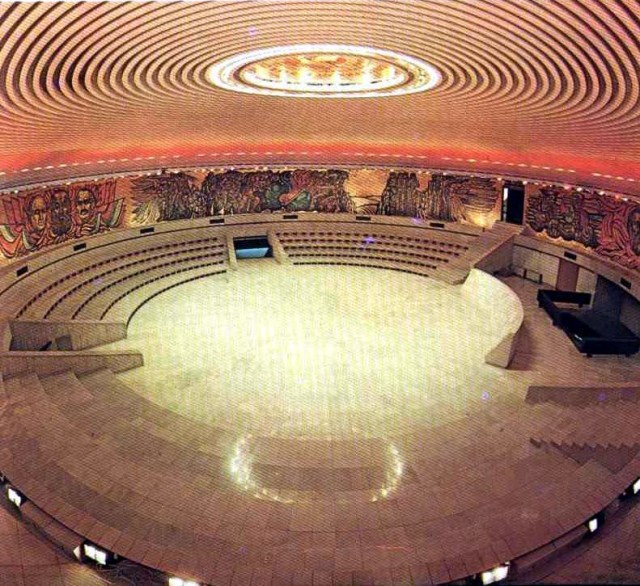 Period photo of the conference hall. Photo via Darmon Richter 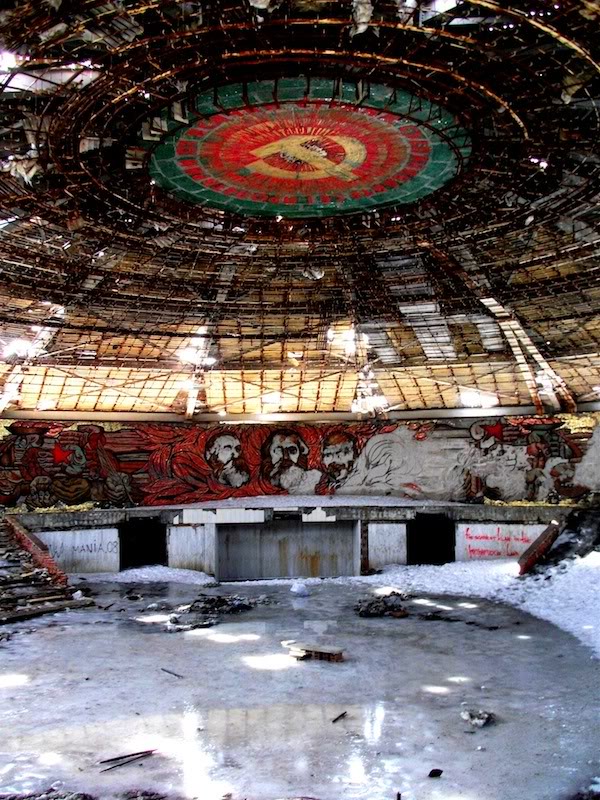 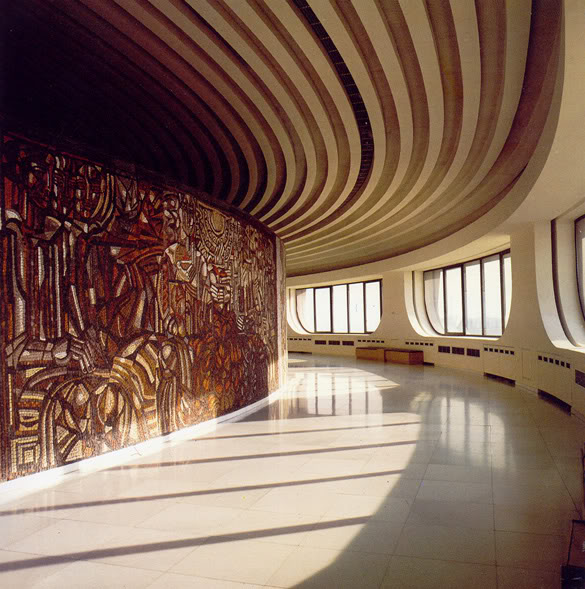 Period photo of the observation hall. Photo via Darmon Richter 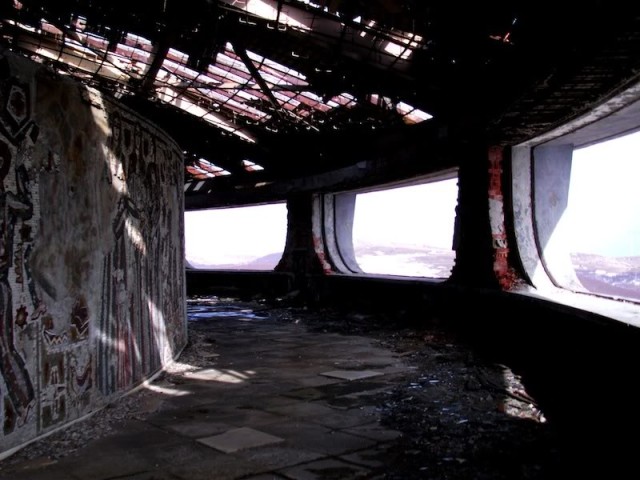