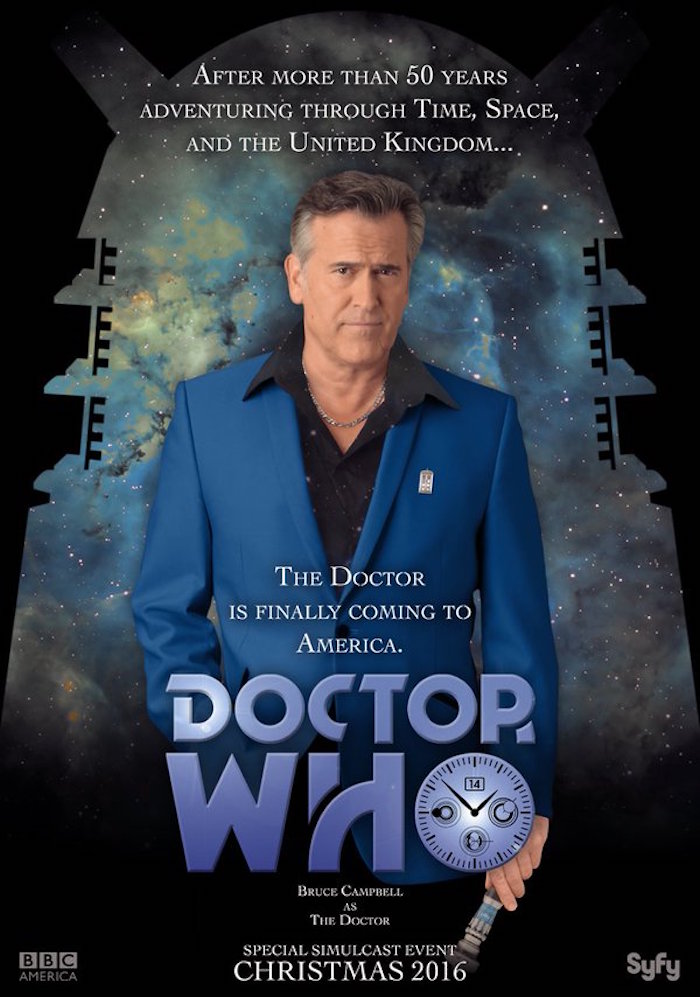 Actor Bruce Campbell, known for his role as Ash Williams in the Evil Dead franchise of cult films and as Sam Axe in Burn Notice, surprised everyone in the Twitterverse on Friday when he announced that he would be playing the title character in the very first American version of Doctor Who which woud be presented by BBC America and the SyFy Channel.

After More Than 50 Years Adventuring Through Time, Space and The United Kingdom…the Doctor Is Finally Coming To America

To the dismay of many (myself included), it turned out to be a very clever April Fool’s Day prank.

I had to wait until today, but I'm super excited to announce this! pic.twitter.com/cuXQjDcDA5