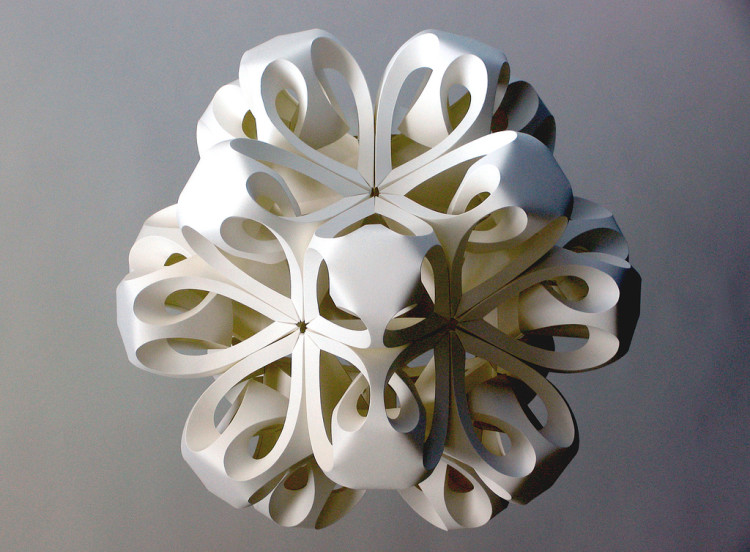 British artist Richard Sweeney creates paper sculptures that range from intricate geometric origami to wonderfully expressive figure sculptures. Much of his work is rendered in plain white paper–a striking contrast to the complexity of his forms. Sweeney’s work is part of the traveling exhibition, Above the Fold, currently at the Springfield Museums in Springfield, Massachusetts. He will also take part in CODA Paper Art 2015 at CODA Museum in Apeldoorn, the Netherlands, June 7 to October 25, 2015. And he and two other British artists are currently raising funds on Kickstarter for a New York City exhibition in April. 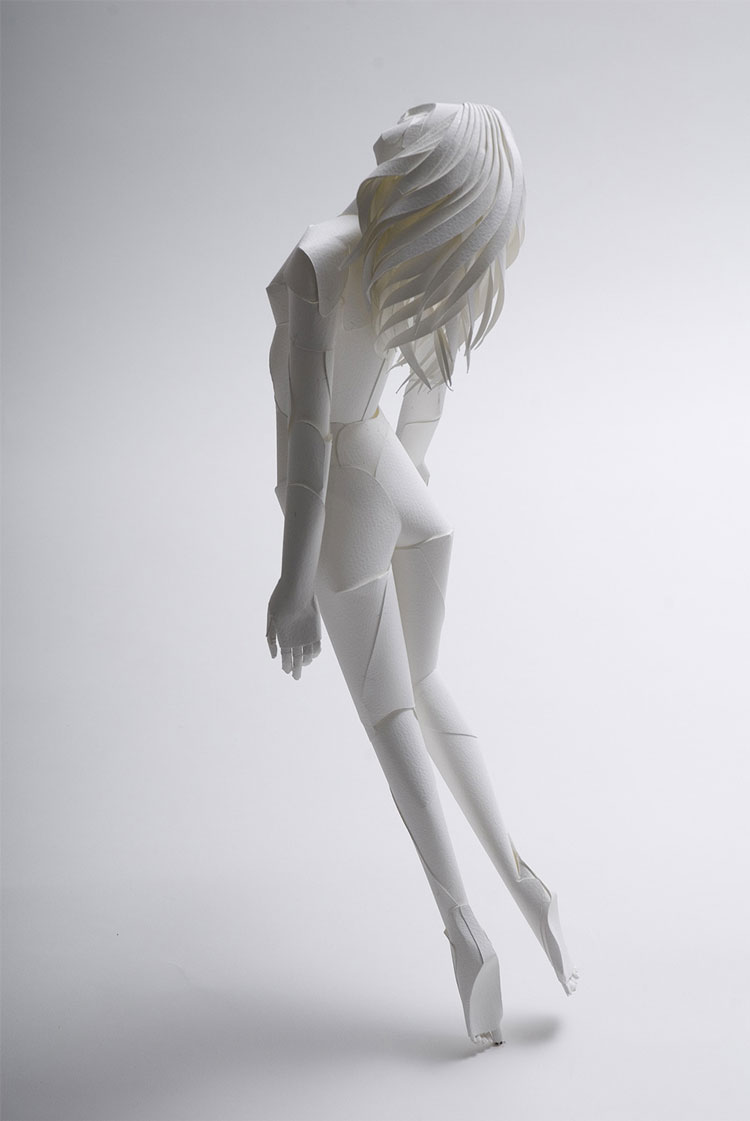 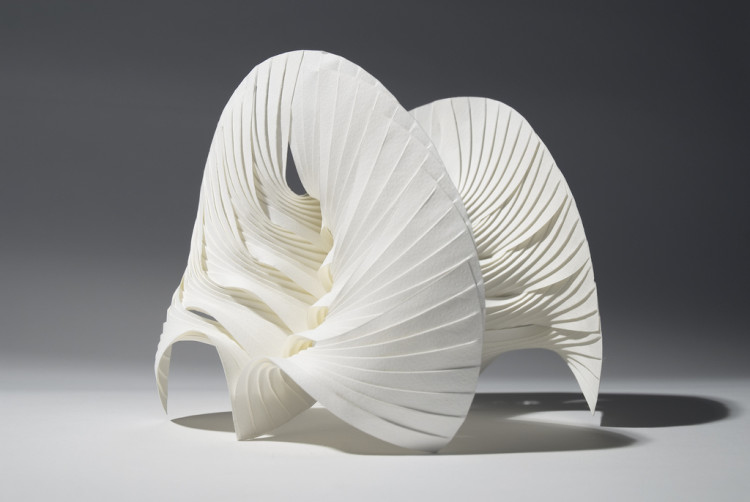 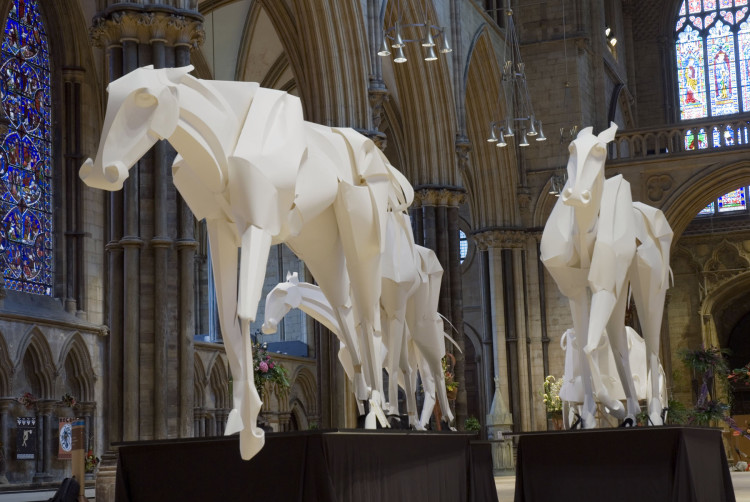 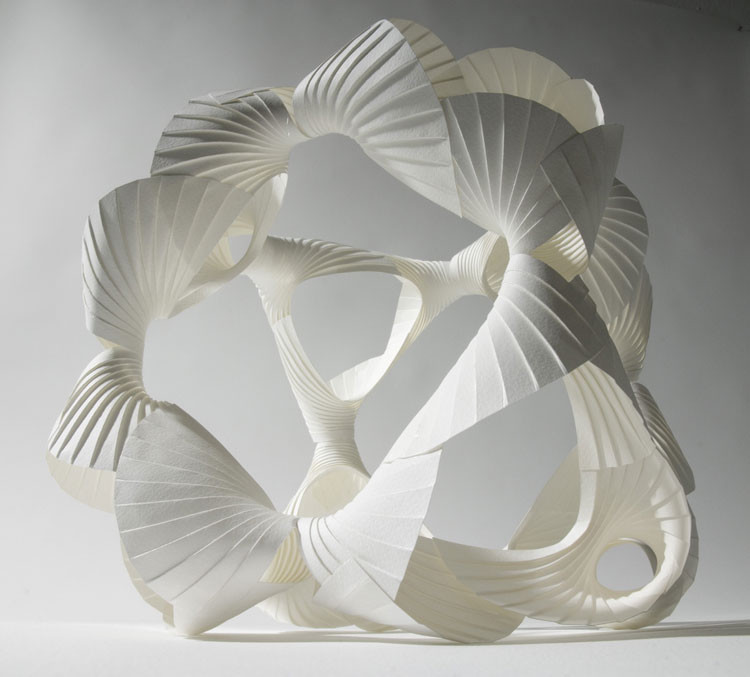