A tiny abandoned puppy named Gracie, who landed at Mostly Mutts Animal Rescue in Kennesaw, Georgia was so covered in maggots that the volunteers didn’t notice until after she was all cleaned up, that she was also missing her front legs. Luckily, a loving family with two other special needs dogs named adopted her right away.

After seeing Gracie in action, her adopted humans turned to Dylan, a 12 year old Mostly Mutts volunteer, to build a wheelchair for Gracie. Within a week, Dylan created an ingenious wheelchair out of LEGO bricks. The beauty of this wheelchair was that it readily accommodated the needs of a growing puppy. 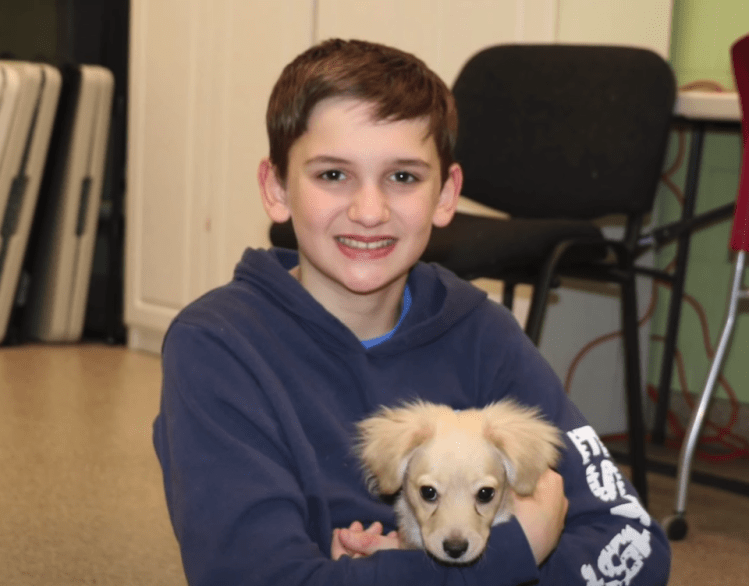 Once Gracie stopped growing, she was fitted for a more permanent wheelchair.