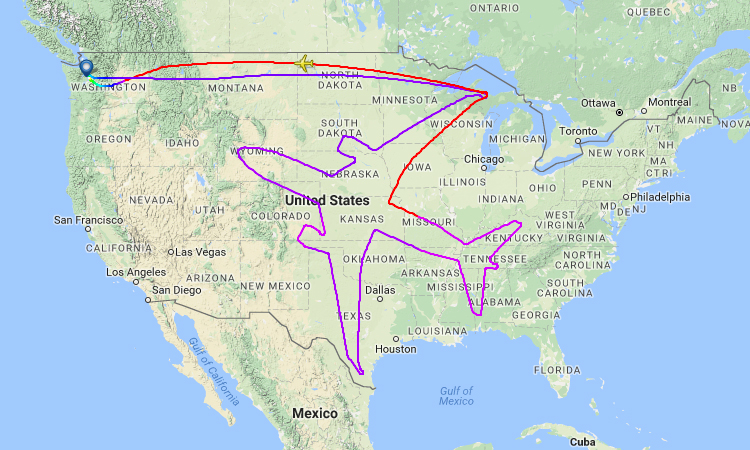 Earlier this week, Boeing sent a Boeing 787-8 Dreamliner up into the skies from Seattle for an 18-hour (9,896 mile) live engine test across America. To spice up the flight, they had the plane trace a path over 22 states that created the image of their giant airplane. According to Flightradar24, Boeing is “performing an endurance flight test” for a new set of Rolls-Royce engines that will power the 787-10. 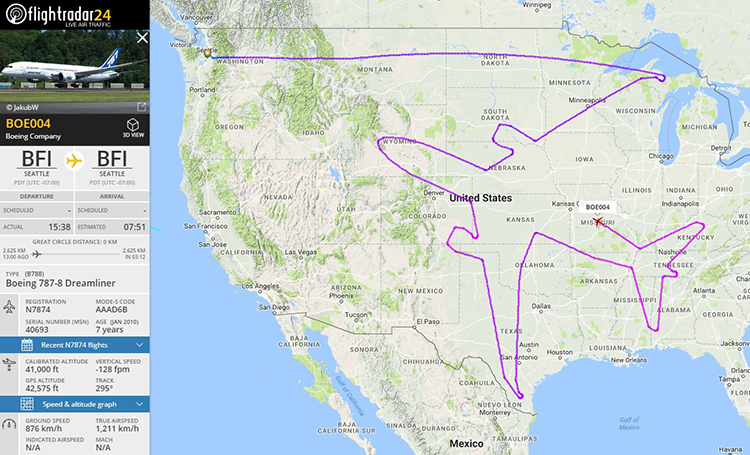