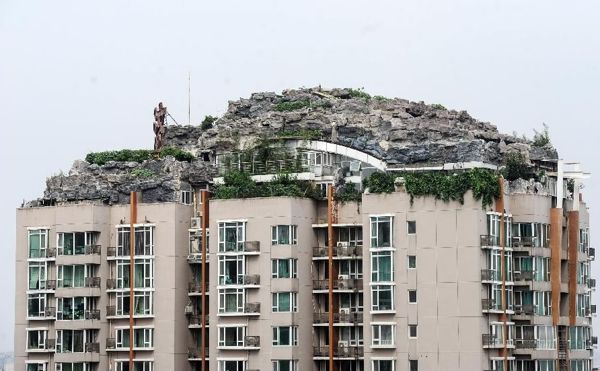 Over the past six years, a sprawling 2-story mountain villa has been constructed—without government permission—high atop a 26-story apartment building in Beijing. Covered in rocks and trees, the 8,600-square-foot home belongs to Chinese doctor and businessman Zhang Biqing. For years neighbors in the building have complained to authorities about the unauthorized home and the cracks, leaks, and other problems it is apparently causing to the building. Their complaints came to nothing until photos of the villa surfaced on social media in China, resulting in press coverage, and finally this Monday, a demolition order by the government.