In February 2014, a rescued pelican named BigBird, who became separated from his flock during a storm and washed ashore on the banks of Lake Tanganyika in Tanzania, was successfully taught how to fly by the staff of Greystoke Mahale. Since that time, Big Bird has been getting stronger and stronger with each day and is even learning how to use his great big bill to catch fish for himself with just a little help from his adopted humans.

Since staff here and guests combined got our large feathered friend airborne last season, our main focus here for the new season when we aren’t ensuring guests are happy is to get BigBird catching his own fish.We are trying various methods to awaken his natural instincts once more, such as…Posing as a fish in the water, throwing semi alive fish in his direction, taking him on the kayak to the best fishing grounds and talking him through watching bird activity on the water as a sign of a shoal. 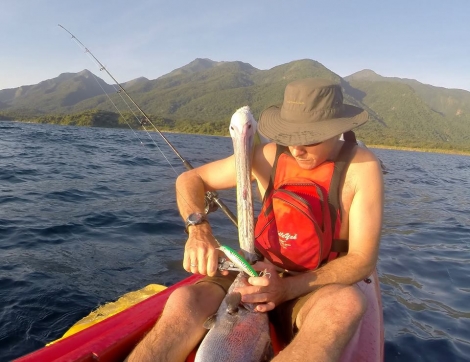 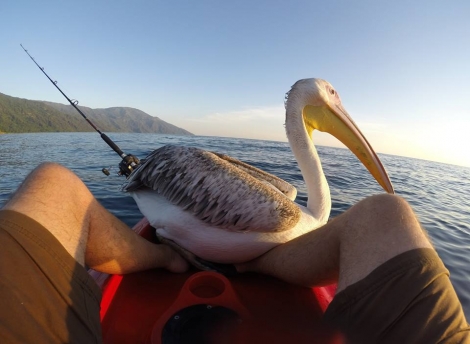 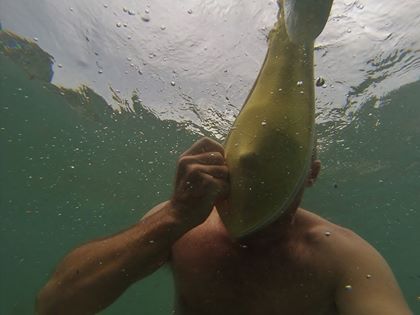