Big Bird is a pelican who was separated from his flock during a storm and washed ashore on the banks of Lake Tanganyika in Tanzania. The staff of Greystoke Mahale, a nearby resort, took in the wayward pelican and taught him how to fly again.

He didn’t fly for some weeks but with encouragement he got the idea. We aren’t sure how much flying he may have already done before arriving here but he was pretty shaky in his next attempts on the beach. We would run up and down flapping our arms and simulating flight for him. He would look on curiously until one day he showed us how it was done! It was short and uncontrolled and we would look away when he was landing as he seemed to not distinguish between ground and air speed coming in way too fast and endangering our beach furniture.

He finally got it right and with a GoPro strapped to his beak, Big Bird took flight. 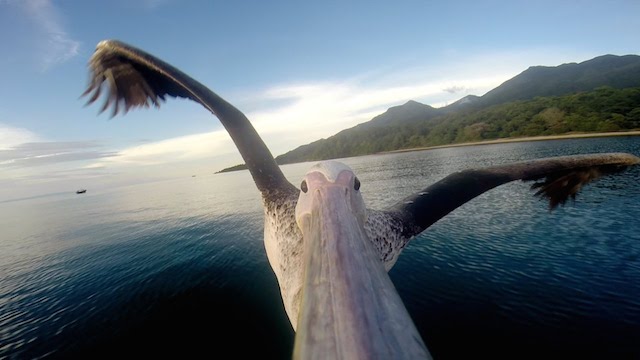 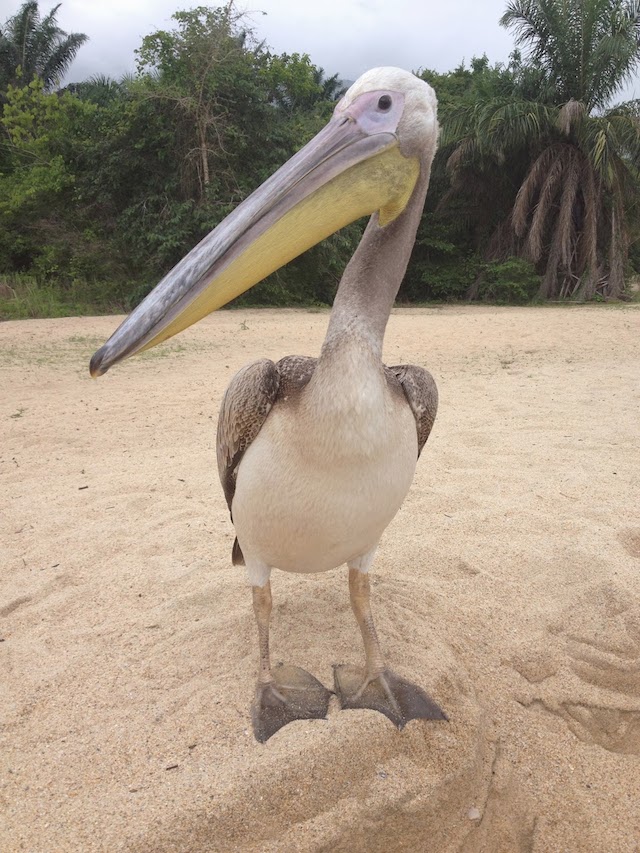