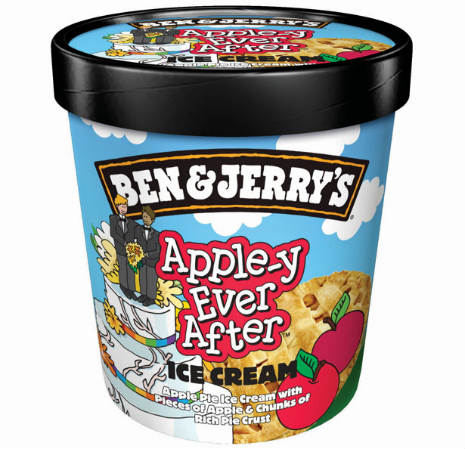 Ben & Jerry’s UK symbolically renamed their apple pie-flavored ice cream Apple-y Ever After in order “to raise awareness about the importance of marriage equality.” This renamed ice cream will be available in “selected scoop shops” only and not as an actual store-bought pint. An Apple-y Ever After Facebook app has been launched where participants can “marry” someone of the same sex to show their support for equality.

As the government debates whether to legalise same sex marriage, we’ve partnered with gay rights organisation, Stonewall, to raise awareness about the importance of marriage equality by renaming our Apple Pie flavour, Apple-y Ever After!

You can help support this campaign by “marrying” someone of the same sex here, where you and your “loved one” will have the chance of scooping a tub of your favourite flavour. (Because everyone is equal and deserves to live Apple-y Ever After!) 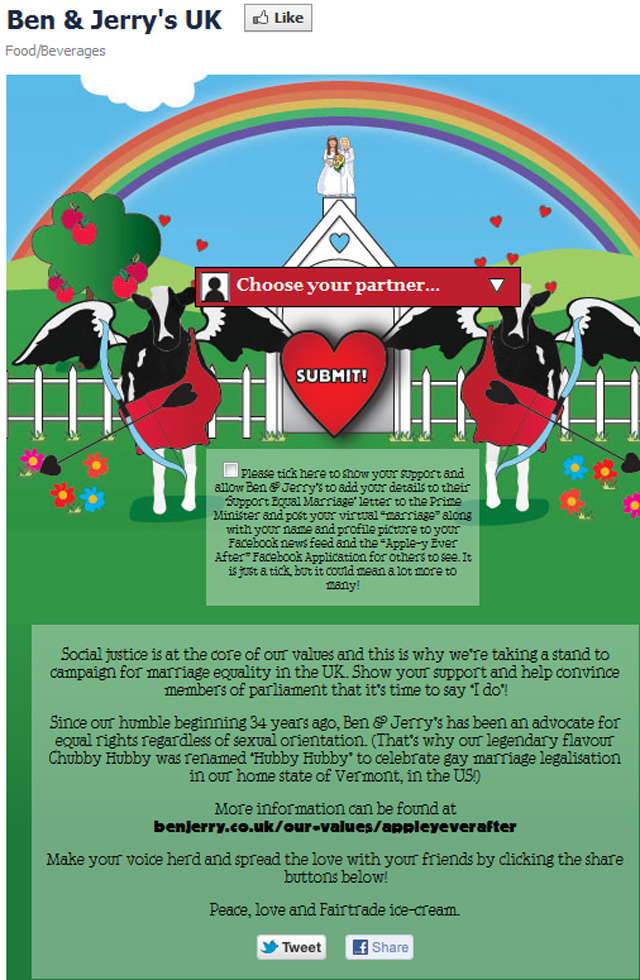 via Pink News and Dangerous Minds