German automation company Festo has created a pair of impressive autonomous robotic insects capable of operating in large groups. BionicANTs are six-legged bots designed to work in groups to solve complex tasks as a cooperative network. The ultralight eMotion Butterflies, meanwhile, fly in coordinated, collective groups with the help of infrared cameras.

Ten cameras installed in the room record the butterflies using their infrared markers. The cameras transmit the position data to a central master computer, which coordinates the butterflies from outside. The intelligent networking system creates a guidance and monitoring system, which could be used in the networked factory of the future. 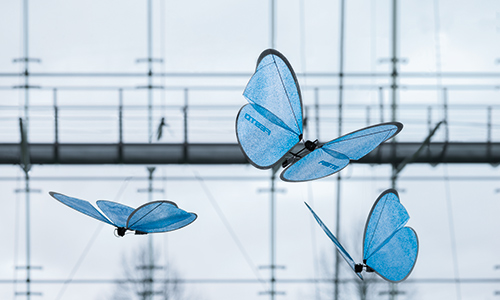 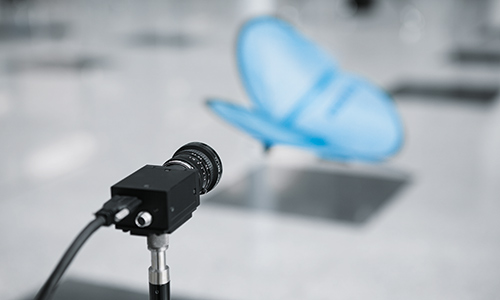 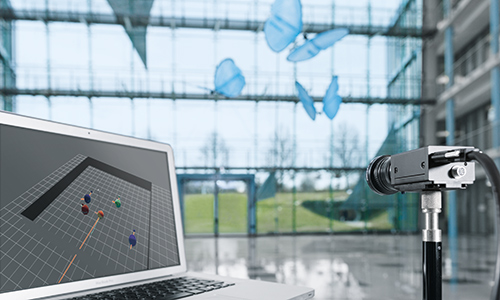 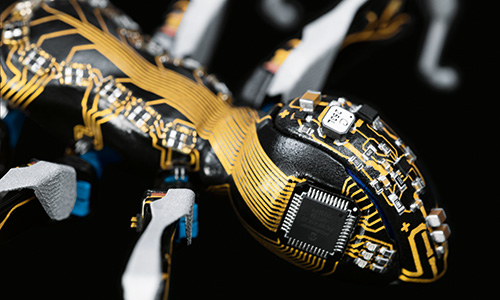 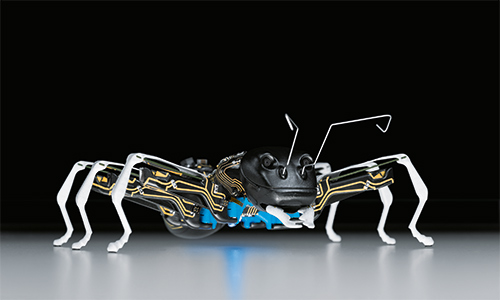 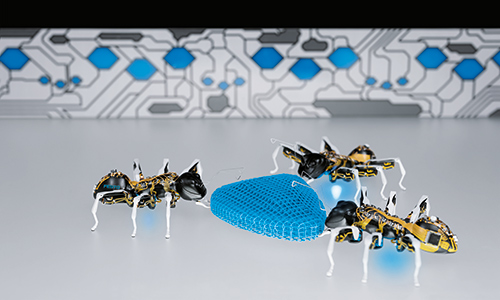