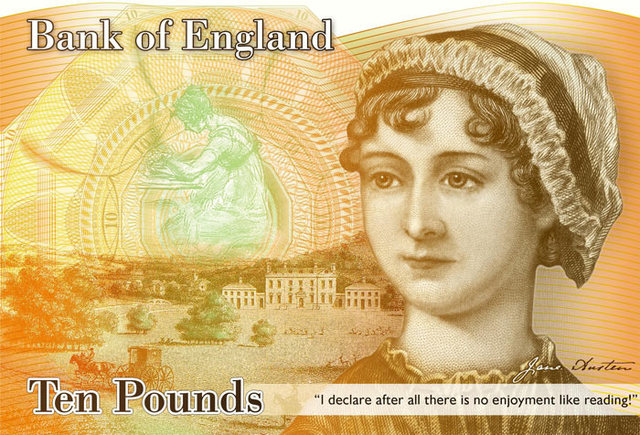 The Bank of England has announced that author Jane Austen will replace Charles Darwin as the face of the £10 note in 2017, the bicentennial anniversary of her death, following a petition demanding more female representation on the country’s currency. Prison reformer Elizabeth Fry — who will be replaced in favor of Winston Churchill in 2016 — and Florence Nightingale are the only two women other than the Queen to appear on bank notes since 1970 when they began to feature historical figures. According to The Guardian, bank governor Mark Carney said “Jane Austen certainly merits a place in the select group of historical figures to appear on our banknotes. Her novels have an enduring and universal appeal and she is recognised as one of the greatest writers in English literature.” Carney also announced that the Bank of England will be reviewing the process by which historical figures are selected in order to ensure diversity.

photo by Bank of England via The Guardian