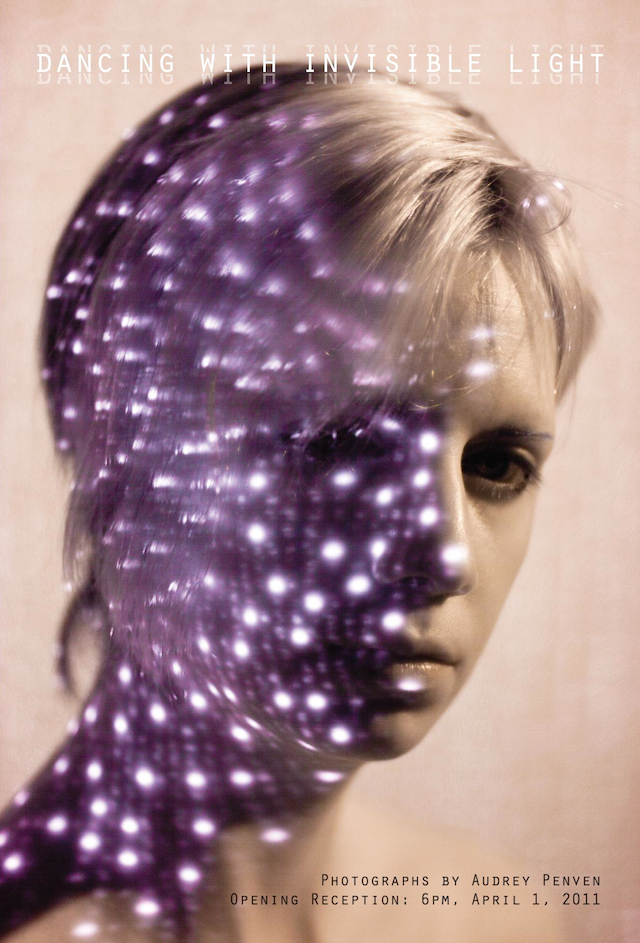 For her new solo show, “Dancing With Invisible Light”, photographer Audrey Penven has created a strange and beautiful collection of images that reveal the unique patterns of infrared light produced by the Microsoft Kinect. An inexpensive videogame peripheral, the Kinect lets players interact with games by moving their whole bodies. By projecting a special pattern of infrared dots onto a player, then analyzing the way their body alters that pattern, the Kinect is able to accurately determine the player’s position in 3D space.

Audrey first became intrigued by their unique qualities of this “structured light” after using a modified digital camera to capture images of her friends playing the Kinect game Dance Central. In an excellent interview with CNET reporter Daniel Terdiman, Audrey describes this moment of discovery, explaining:

“I thought it was really amazing to see people defined by these infrared dots,” Penven said of discovering the surprise in her photos. “I knew that infrared was used in some way by the Kinect to map out 3D space, but I didn’t know what to expect when shooting with an infrared camera…I thought it was interesting that the human form could still be so recognizable, even when only shown in tiny dots. I loved the quality of light and the different way of looking at depth and form. [And] I was inspired by the way the Kinect was using a pattern invisible to human eyes to see us.”

Inspired by these initial results, Audrey decided to experiment further in her studio. To better isolate the infrared light from the Kinect she set up a system that allowed her to easily turn her normal studio lighting off entirely before taking a picture. With the exception of an occasional flash (firing only momentarily when she released the shutter) she was effectively shooting in total darkness. 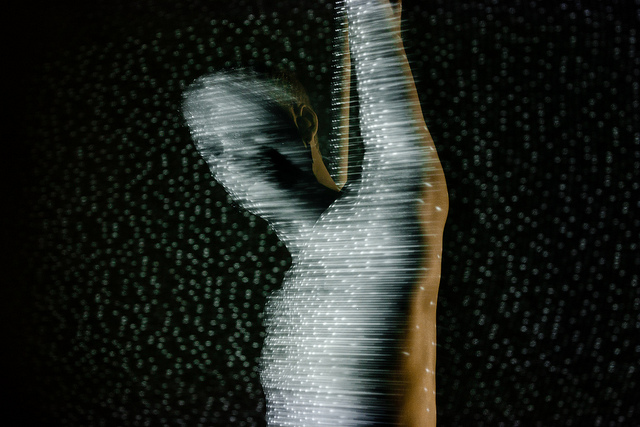 “As a photographer I am most interested in the nature and quality of light: how light behaves in the physical world, and how it interacts with and affects the subjects that it illuminates. During this shoot my models and I were essentially working blind, with the results visible only after each image was captured. Together, we explored the unique physicality of structured light, finding our way in the darkness by touch and intuition. Dancing with invisible light.”

“Dancing With Invisible Light” will be on display through April 29th at the Pictopia Gallery in Emeryville, California. An opening reception will be held on Friday April 1st from 6-11pm, featuring a live performance on iPad & iPhone by BitPop musician Doctor Popular. 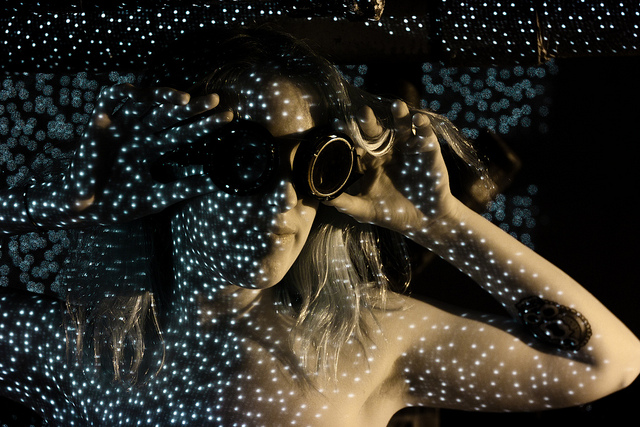