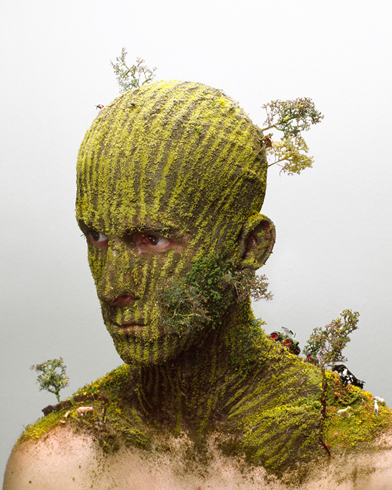 Dutch artist Levi Van Veluw makes incredible portraits of himself in which he is often the canvas. Over the years he has covered himself in ink, hair, stones, fake grass, and light generating foil, among other materials. His more recent work has increased in complexity: earlier this month we wrote about “Family,” an installation in which Veluw coated himself and four other people in wooden blocks in order to recreate a scene from his childhood. Back in 2008 we first spotted Veluw and his “Landscape” series.

Levi van Veluw´s photo series are self-portraits, drawn and photographed by himself: a one-man-process. His works constitute elemental transfers; modifying the face as object; combining it with other stylistic elements to create a third visual object of great visual impact.

The work you see therefore is not a portrait, but an information-rich image of colour, form, texture, and content. The image contains the history of a short creative process, with the artist shifting between the entities of subject and object. 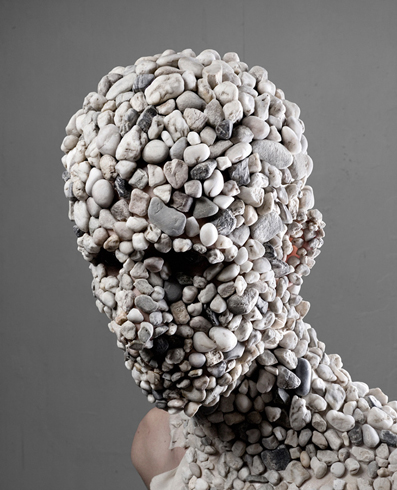 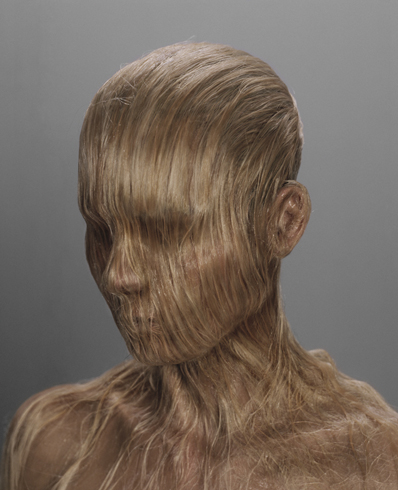 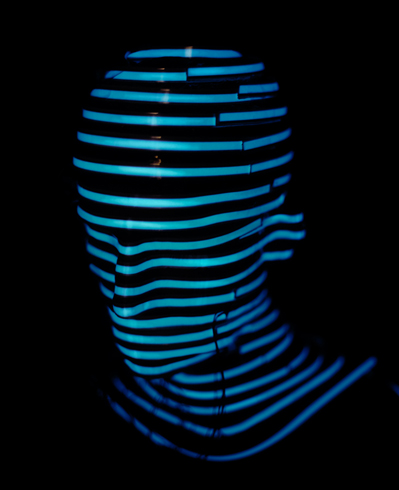 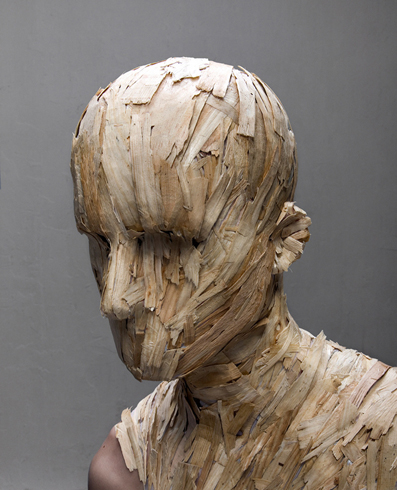 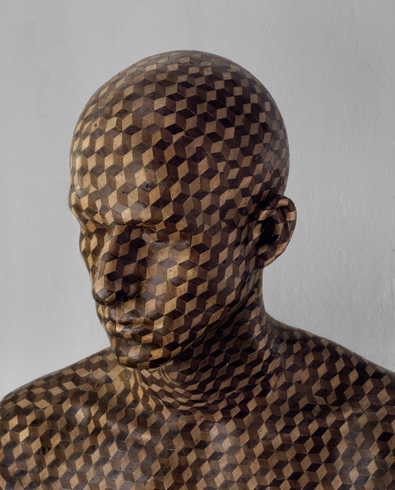