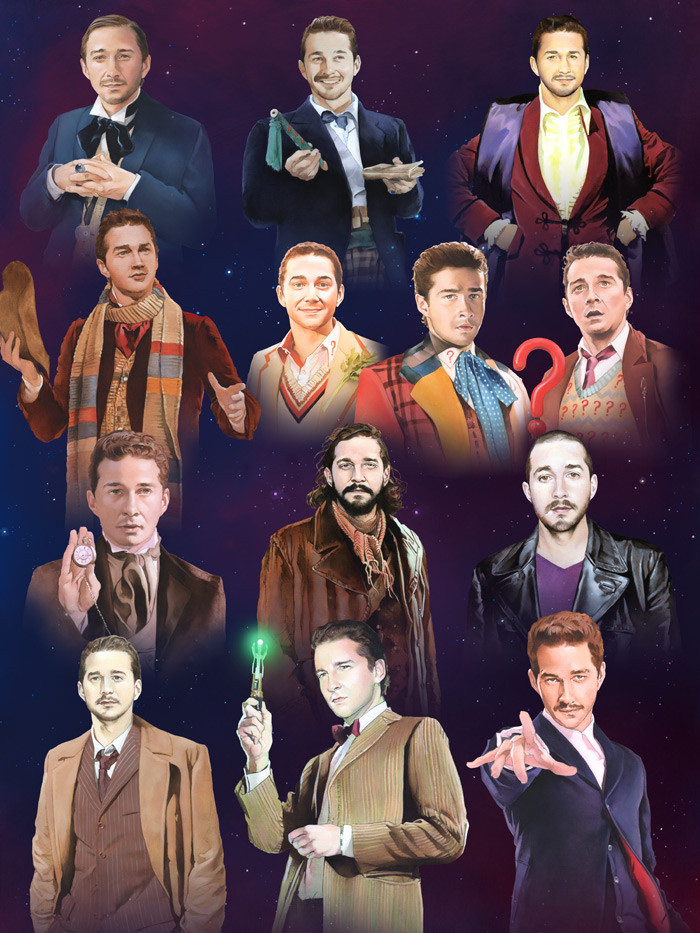 Artist Brandon Bird has painted a series of portraits of actor Shia LaBeouf as each of the thirteen versions of The Doctor from the BBC series Doctor Who. Prints are available of each painting and a collection of all thirteen depictions. Bird is also selling the original oil paintings.

Fans bemoan the fact the Ninth Shia LaBeouf was only around for a single series… but that was enough to set the pace and tone for a new set of adventures in the 2000s and beyond! The magic was back! 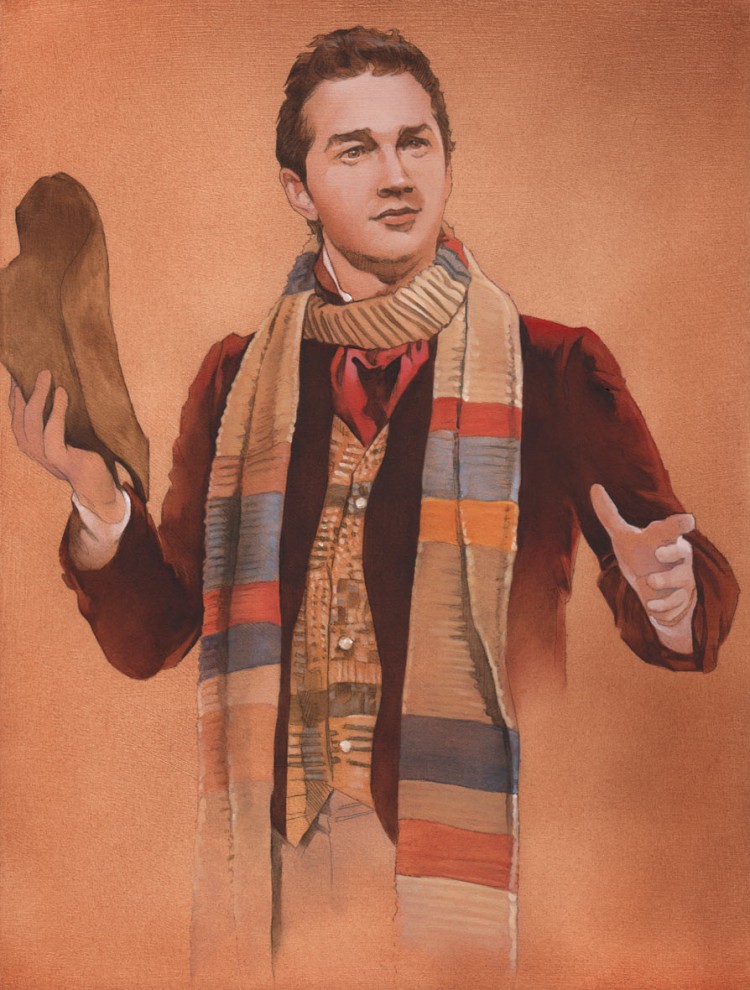 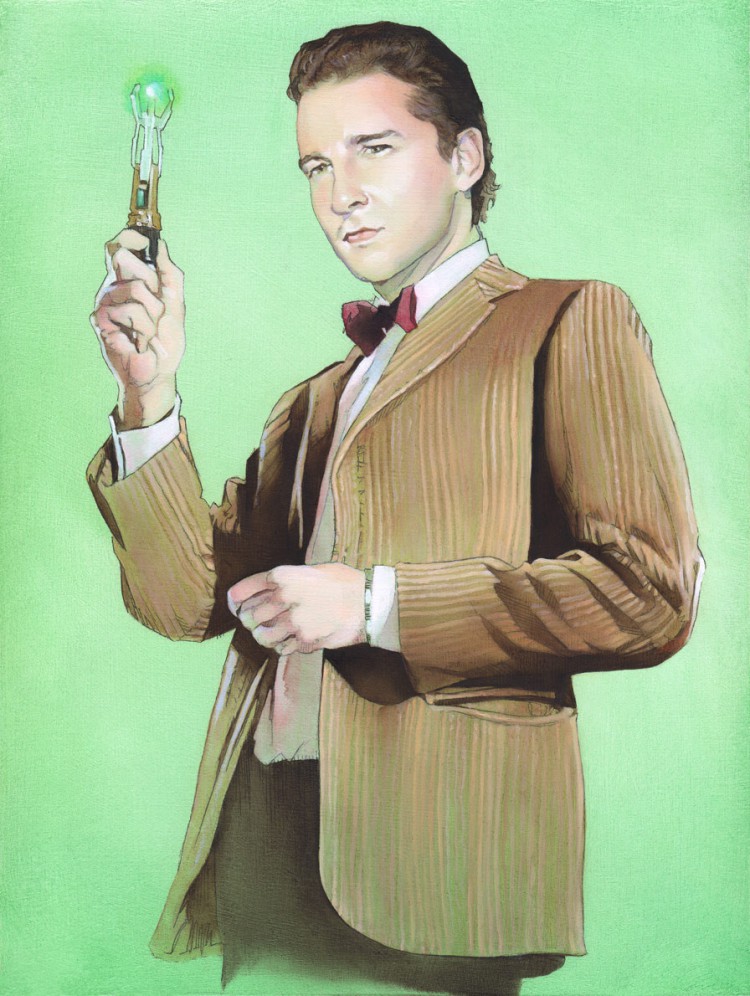 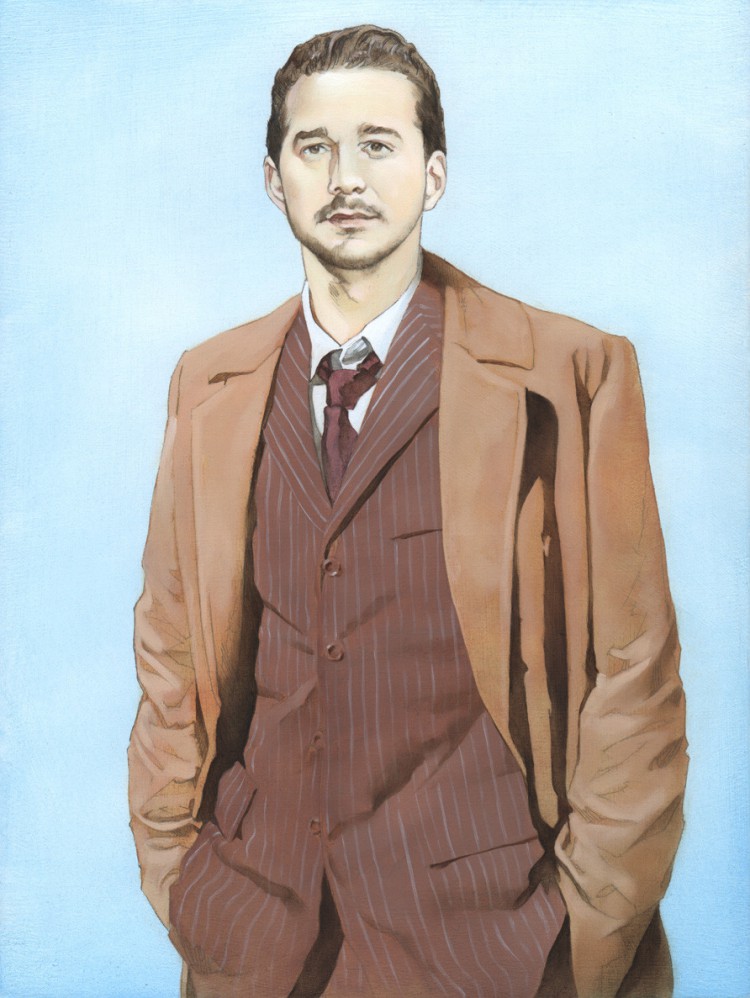 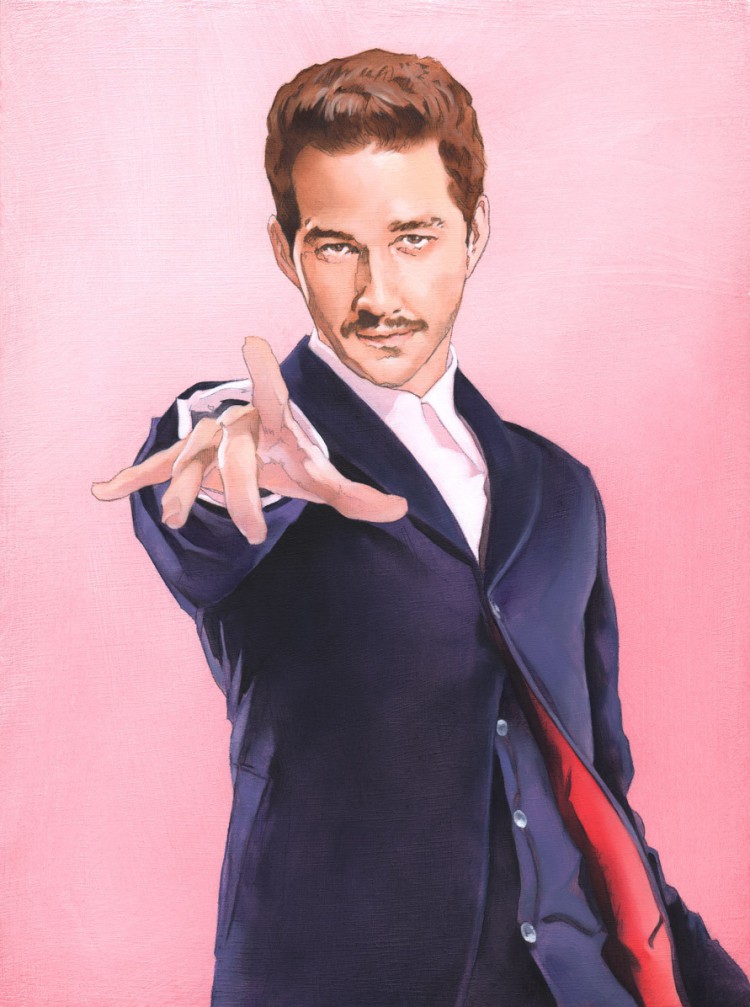