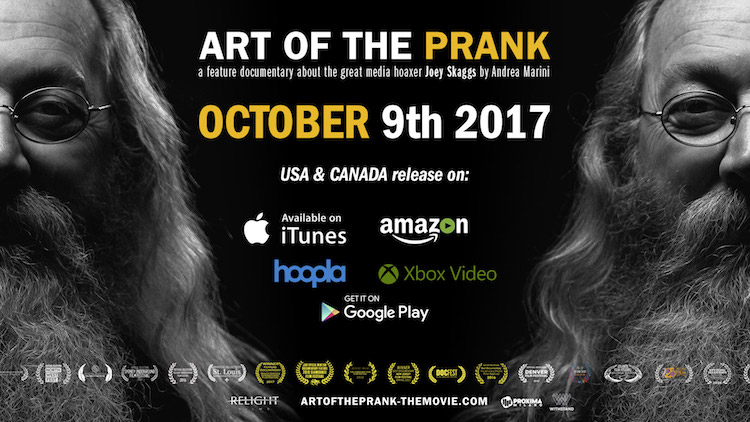 “It’s a fool who thinks he can’t be fooled!” – Joey Skaggs

In 2015, we wrote about Art of the Prank, a wonderful documentary by filmmaker Andrea Marini about the incredible Joey Skaggs, longtime media prankster, culture jammer, social satirist and good friend of Laughing Squid. After winning a number of awards in film festivals around the world, we’re pleased to announce that the Kew Video Group is now making the film available for on-demand viewing at home through Amazon, iTunes, Google Play, Xbox, Vimeo and Hoopla. The film is also available for community and educational screenings.

Kew Media Group and Video Project are releasing “Art of the Prank”, the all-new Award-winning documentary film that follows Joey Skaggs, a fierce proponent of independent thinking and an early critic of media irresponsibility, as he sets out to pull off the most demanding hoax of his career. “Art of the Prank” is available for community and educational screenings, and will be on U.S. VOD platforms on October 9, 2017.

Here’s the Art of the Prank teaser trailer that was released in 2015.