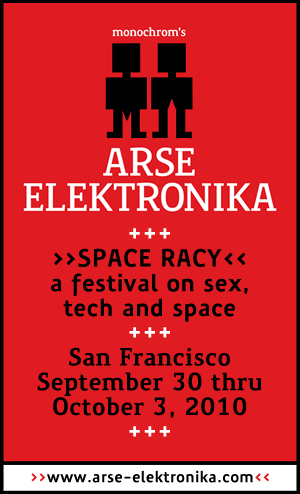 Love hotels. Swinger club design. Phallic architecture. The gentrification of Times Square, kicking out all the peep shows, and similar anti-sex gentrifications and battles. Kids making out in the back seats of cars, and people fucking in parks. Housing for unconventional family units. Augmented reality sex spaces. Furniture for sex. Room design. Creating new environments. Gendered spaces, and gender in the creation of space. Architecture by women, and the potential for the construction of a feminist architecture. Actively gender-segregated spaces, as both empowering and oppressing. Queer-segregated spaces, similarly. The acts of human intimacy, sexual intercourse, and procreation in weightlessness and the extreme environments of space. Erotic space tourism. The visibility of sex, genders, and relationship structures in various spaces. Spaces of sexual control and permissiveness. Sexual subcultures as spaces of social division. Spatial enforcement of relationship structures and gendered power structures. Geotagging as an expression for kinks. The sexual reading of architecture, especially around historical and modern styles and concerning ornament and detail. The eroticization of buildings — architecture for whorehouses, the Las Vegas strip, people who want to sleep with buildings. What makes design “sexy” and the construction of “sexy” as an architectural category as a comment on late heteronormativity. The terabyte gloryhole. The space in which the male gaze occurs and the space it defines.

Heterosexism, misogyny, and heterocentrism reinforce the dominant cultural structure and contribute to the oppression of large sectors of society. Sexuality, sex, gender, and related constructs are heavily implicated in and reproduce space, and are also constrained and restricted by it and by heterosexism. Let’s explore this space of interactions.