In the gorgeous short film “Earthrise” by Emmanuel Vaughan-Lee, the three astronauts from the 1968 Apollo 8 mission, Frank Borman, James Lovell, and William Anders share their vivid impressions of seeing the Earth in color from space. This mission was the very first to travel beyond the Earth’s lower orbit, offering a beautiful view of the planet from so far away. This wonder was captured in Ander’s iconic photograph “Earthrise“, which Anders says was taken upon sight, without any planning.

We were all awestruck by the difference, the beauty of the Earth against the blackness of space. We never had any discussion of taking an Earthrise picture before the flight or during the flight but we looked up and saw this blue ball in the back and it struck us all immediately – we’ve got to get this picture.

In a thoughtful New York Times Op-Ed, Vaughan-Lee supposes what this image could symbolize 50 years after it was taken.

I wondered what role this image could offer us 50 years later as we face intense political, social and ecological upheaval. Could it become a symbol of remembrance that unites us? 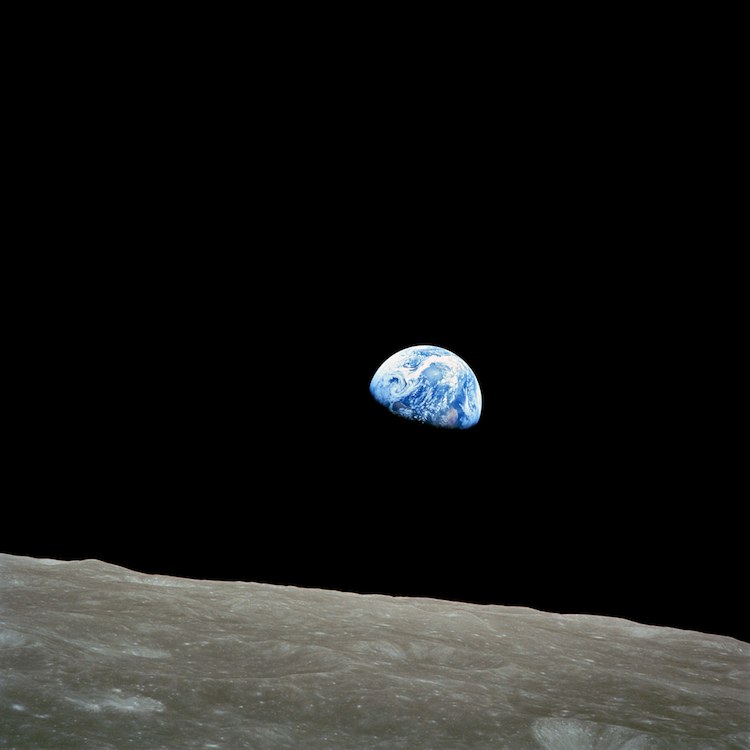