Angry Birds Toons is an upcoming animated web series by Rovio that will “throw the doors to Piggy Island wide open.” It will be a spin-off of their popular Angry Birds video games. The series will premiere on Saturday, March, 16, 2013 only through the official Angry Birds Toons website.

What makes Bomb Bird so angry? Why is the King Pig the King Pig? And are those mischievous piggies ever going to get hold of the eggs? For the first time ever, you can get up close and personal with your favorite characters. 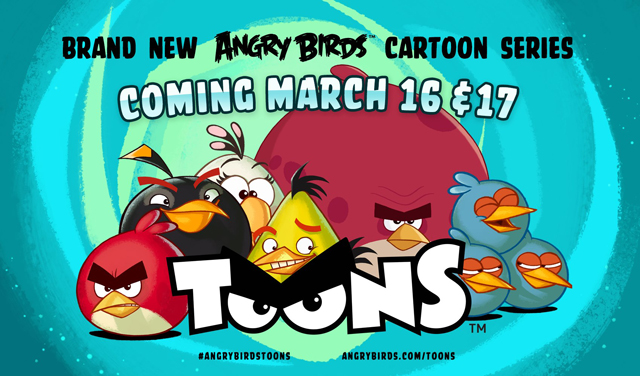 video and image via Rovio