Nemo Gould, the rather prolific found object artist has created a sculpture he calls “Anatomy of a Conflict“. This kinetic piece features two lengthwise halves of a recycled FA91 assault rifle that were separated, with the inside painted to look like they had their own anatomy, like educational medical models, and then put back together mechanically. Gould stated that he has mixed feelings this piece and with the gun issue in general.

From a mechanical perspective, I’m fascinated by guns, from a moral perspective, I’m conflicted about them. However you feel about them, they’re a divisive issue worth discussing. … Although very little material was added to the original rifle, the process of cutting and reassembling its various pieces required quite a lot of time and technique. The color scheme was chosen to mimic educational anatomy models found in schools and doctors offices. 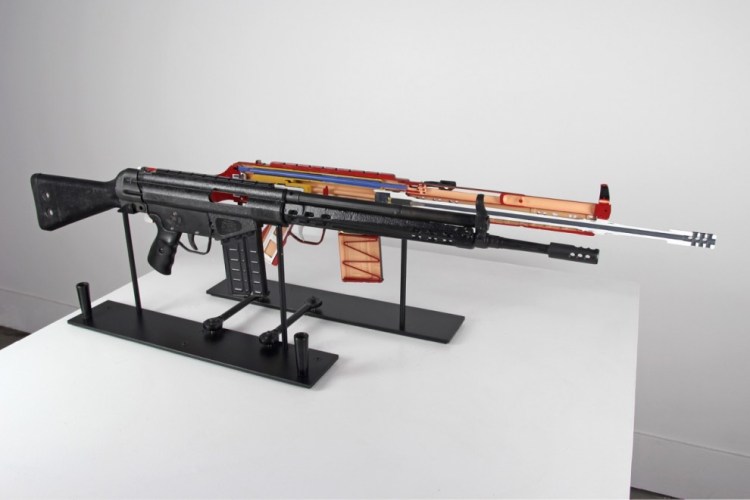 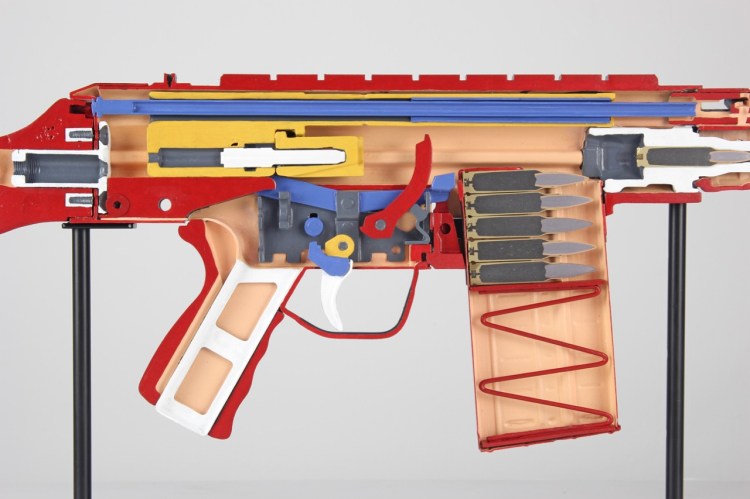 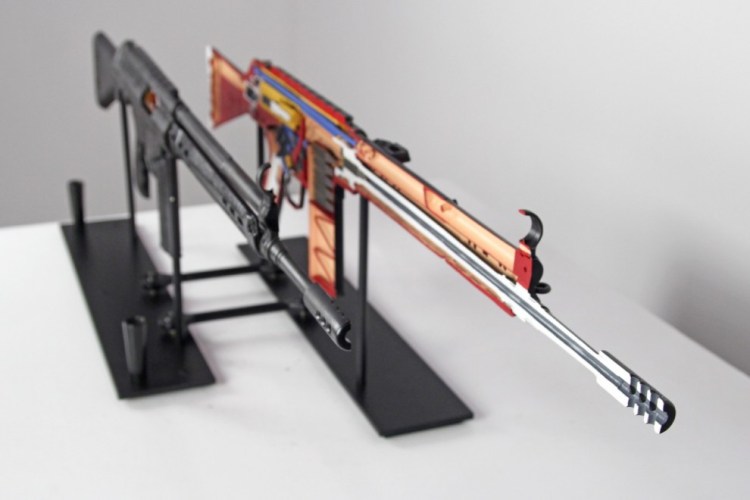 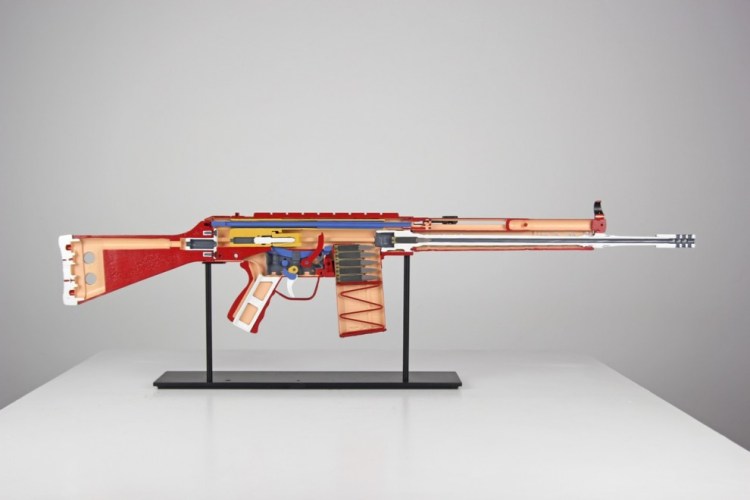