Glass Brain is a project by Gazzaley Lab and Neuroscape Lab at the University of California, San Francisco and the Swartz Center for Computational Neuroscience at the University of California, San Diego that’s a 3D visualization of a brain with real-time brain activity pulled in via an electroencephalography (EEG) cap that can be navigated using a gamepad. This is made possible thanks to BCILAB brain-computer interface technology and the Unity game engine. 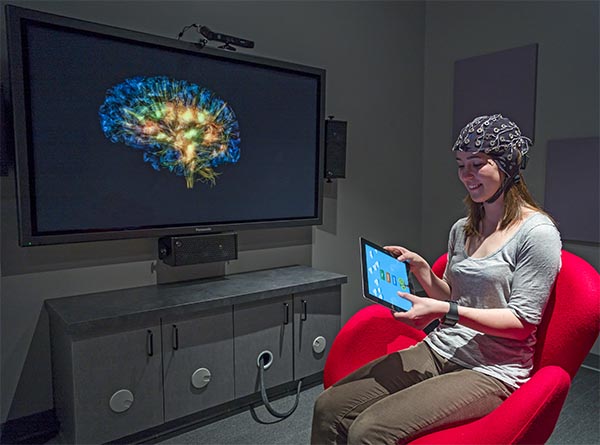