The creatives at MorphCostumes have recently made “Marvel Murderers“, an infographic that ranks some of Marvel‘s deadliest characters by the number of people they have killed.

We’ve had furious debates over this in the MorphCostumes office, pitting characters against one another in imaginary fights to the death.

This month, we decided to settle the argument once and for all. We combed our comic archives and ranked the deadliest Marvel characters, based on the number of people they’ve killed. From dangerous and deadly to downright lethal, here are the biggest killers in the main Marvel universe! (read more) 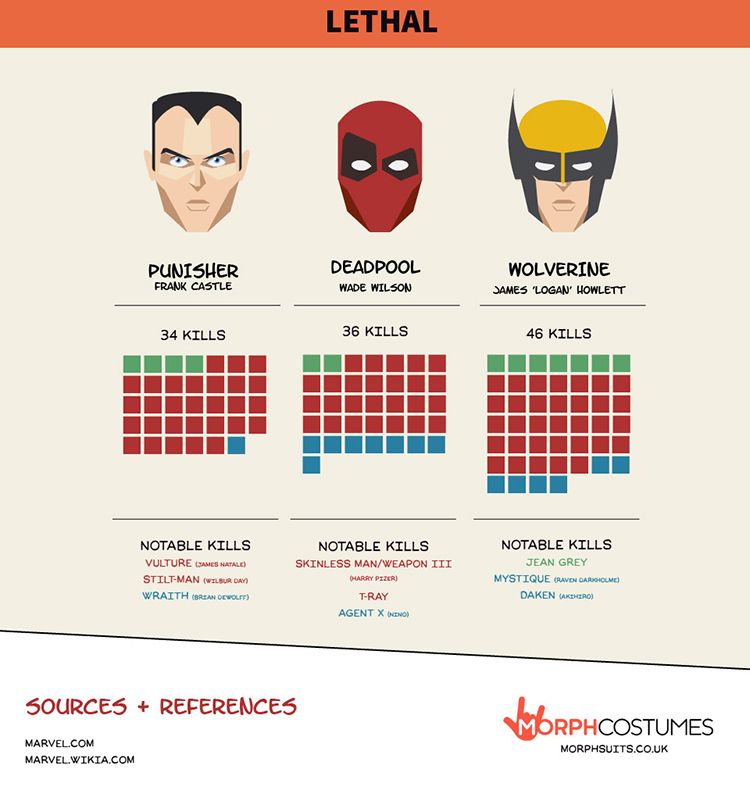 images via Tell Me Morph