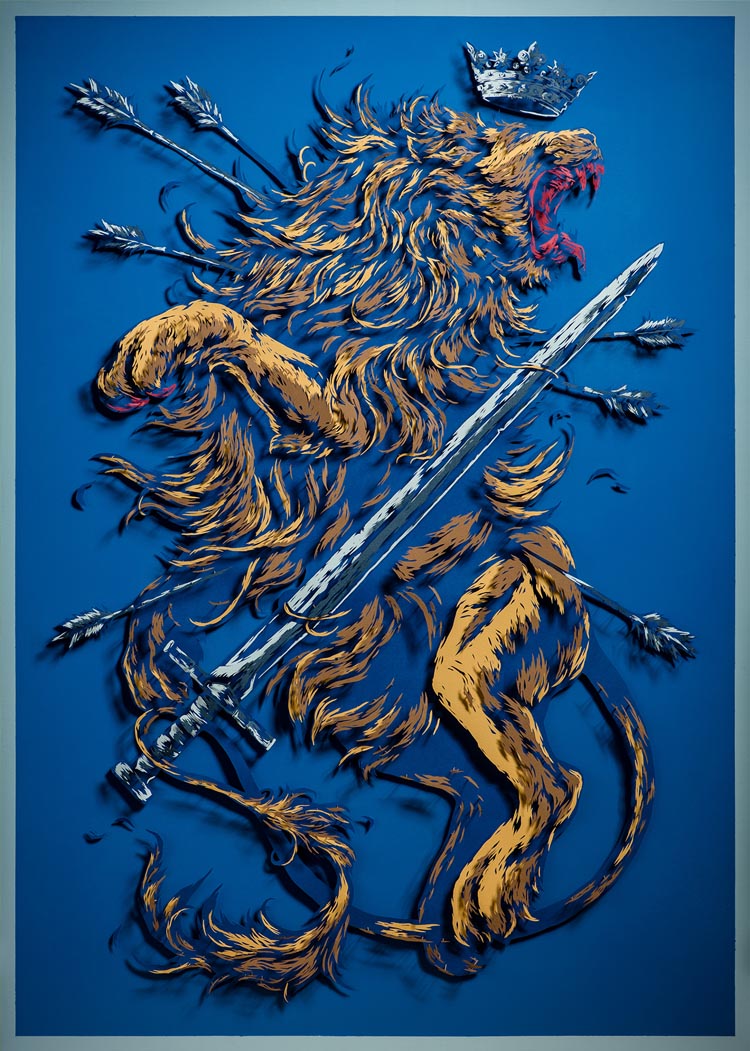 I WILL MAINTAIN is a remarkably detailed cut paper rendition of the coat of arms of the Netherlands. Each individual paper element is mounted to a tiny stick, giving the entire image a subtle three-dimensional character. I WILL MAINTAIN was created collaboratively by Beauty & the Beast Studio, Ivan Belikov, and Piko. The project took six months to complete–the production team documented the process in over 16,000 photos, which were subsequently compiled into a time-lapse video. 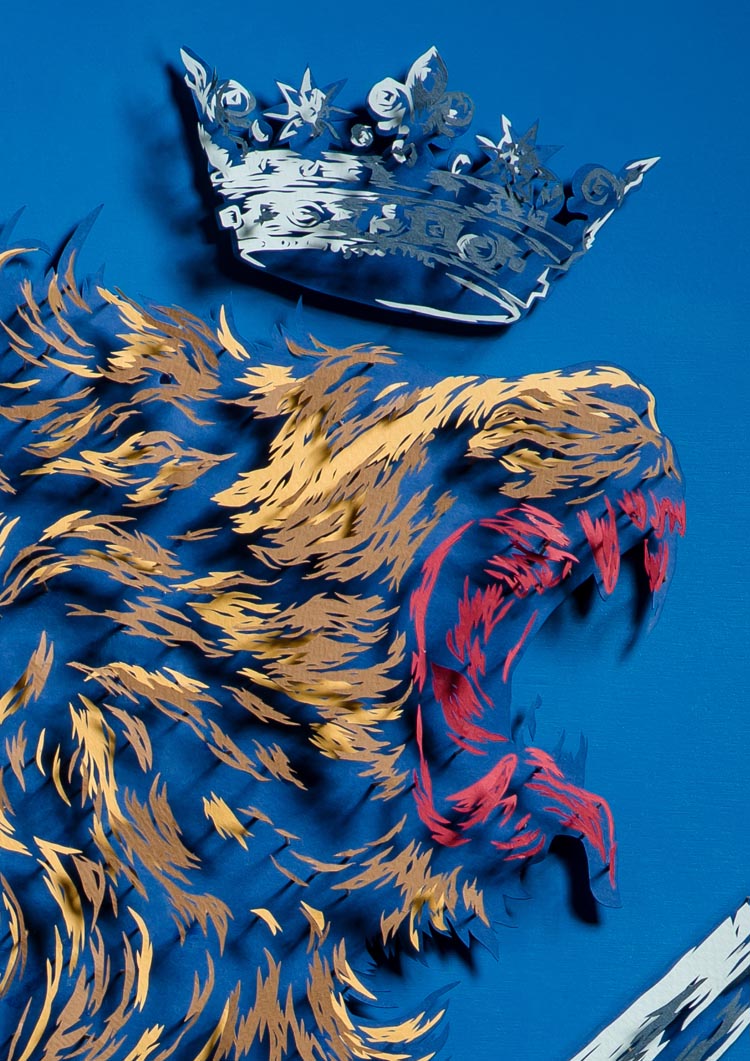 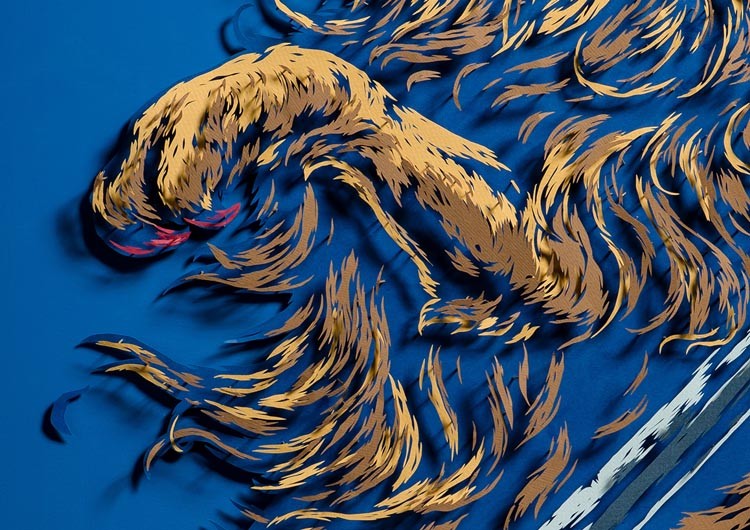 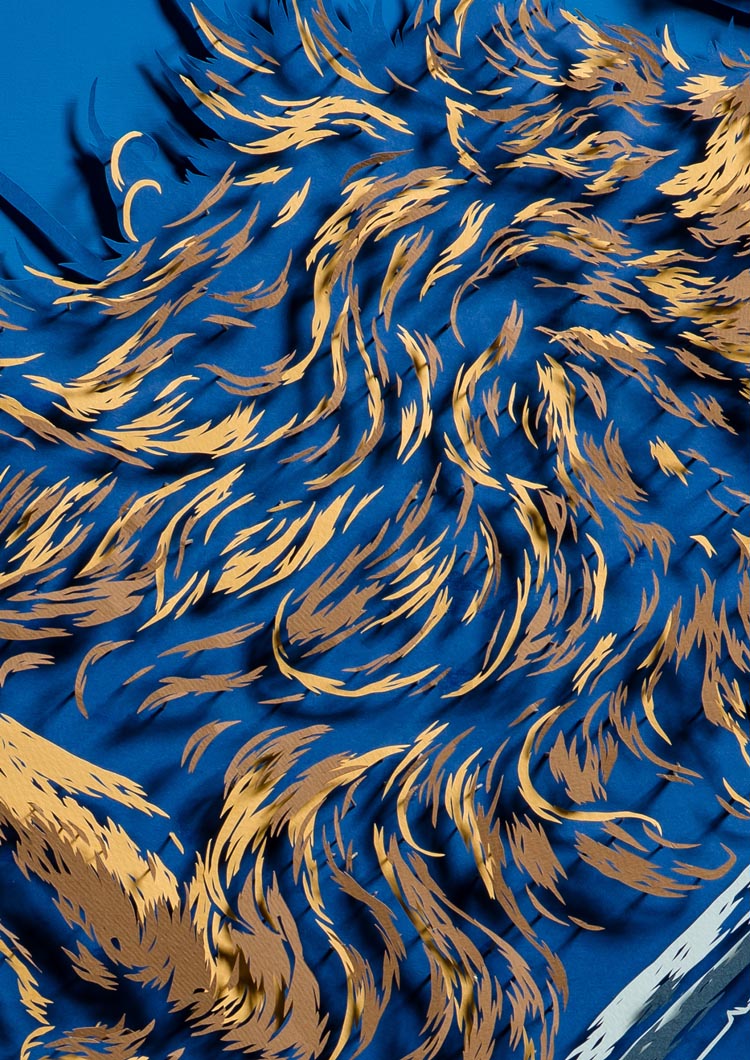 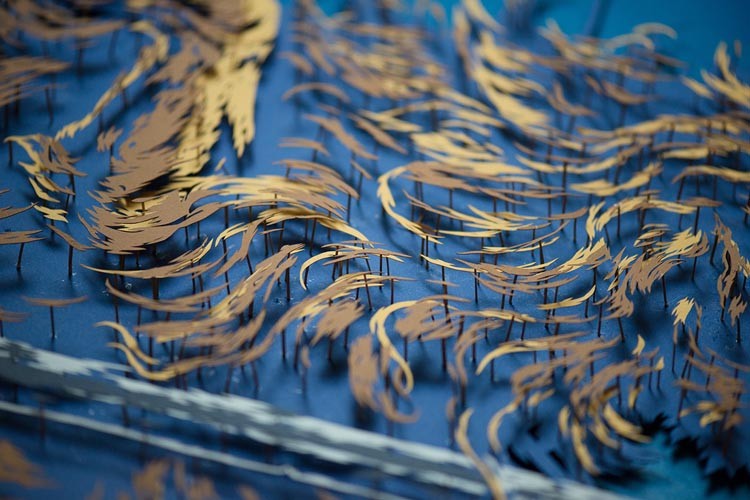