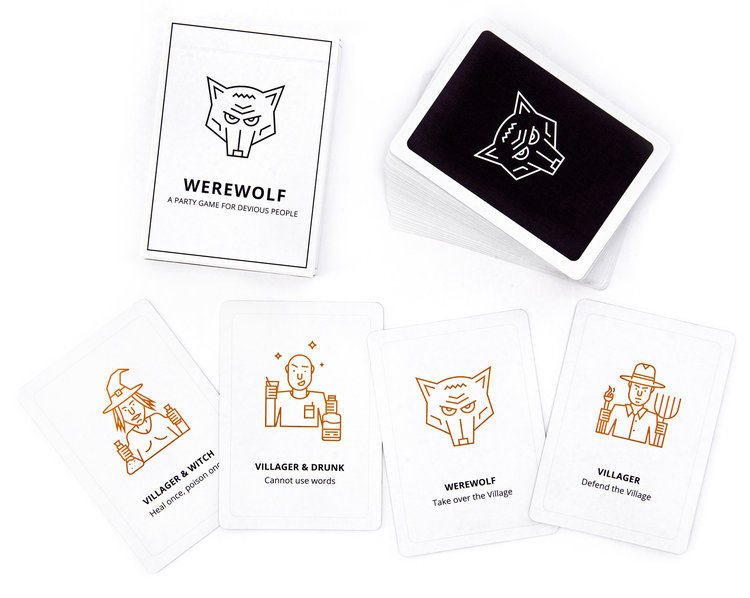 Mathew Sisson, designer of illustrated version of the devious party game Werewolf, has relaunched his physical version of the classic game with an improved deck that features more cards, higher quality, and new types of villagers and werewolves. In the game, friends are either werewolves or villagers, and they kill each other off to determine which is which.

Sisson first introduced his illustrated version of the game in 2014. The new deck is available to order now and it allows for up to 35 players at a time in a single game.

One minute you’re a Villager, defending your theoretical home with every fiber of your being. The next, you’re a Werewolf, framing your friends and accusing them of wanting to destroy your village, when really it’s you who’s been infiltrating it all along. Each game becomes an epic phenomenon, designed to test your personal judgement and moral character.