On a special episode of All Star Celebrity Bowling on the Nerdist Channel, Team Nerdist, including uber geek Wil Wheaton, challenges Matt Smith & Team Doctor Who while at the 2012 San Diego Comic-Con International. Series 7 of Doctor Who premieres Saturday, September 1, 2012 at 9/8 Central on BBC America and Canada’s Space, while BBC One in the UK will air it at 7:20 PM. We previously wrote about past episodes of All-Star Celebrity Bowling.

Their arena was an alien land (San Diego Comic-Con International) and the game was one of the greatest of all time – BOWLING. 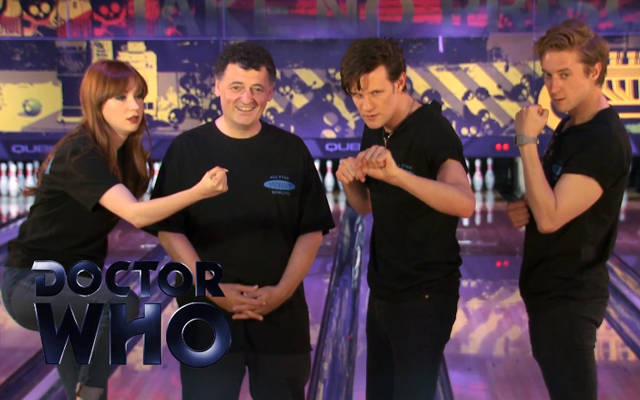