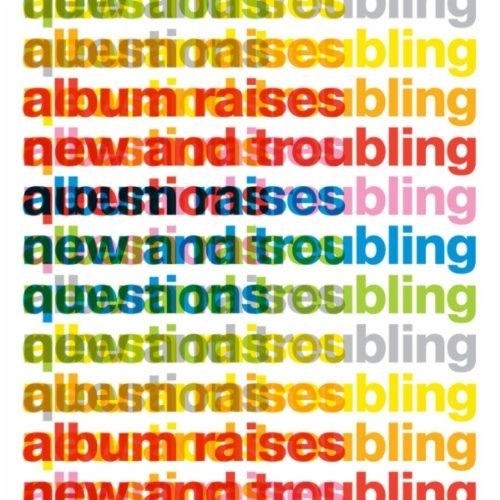 Album Raises New and Troubling Questions (iTunes & Amazon) is a new rarities album by They Might Be Giants featuring 20 previously unreleased tracks, including their cover of the Chumbawamba song Tubthumping.

In the many months making and then promoting Join Us, They Might Be Giants created many recordings. Contained on this brand new full length album of rarities are many previously unheard tracks along with the live version of “Cloisonné” heard on the official video of the song, a fantastic remix of “You Probably Get That A Lot” from the Elegant Too, plus the band’s now legendary appearance on The Onion AV Club’s Undercover series performing “Tubthumping” with the AV Club Choir. Rollicking new music from TMBGs Other Thing Brass Band sessions fill out the set, making ALBUM RAISES NEW AND TROUBLING QUESTIONS a must have for all TMBG music-lovers.