In these videos from January 2013 and February 2013, Dawn the adorable red fox ecstatically wags her tail while getting a belly rub at the Nuneaton & Warwickshire Wildlife Sanctuary in Warwickshire, England. Dawn is one of several resident foxes at the Sanctuary that cannot be released to the wild.

The majority of animals we get in is injured wildlife that is aimed to be returned into the wild, however, Dawn was a young fox that was took into a dog rescue centre as the member of public that found her thought she was a dog! When they realised they bought her into us but it was too late, because she was too tame and this meant that she wouldn’t be able to look after herself in the wild. Dawn is not a pet, and we do not recommend any fox or wild animal as a pet 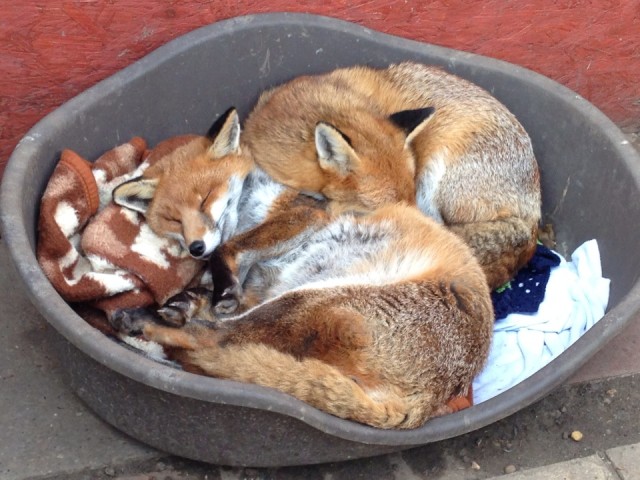