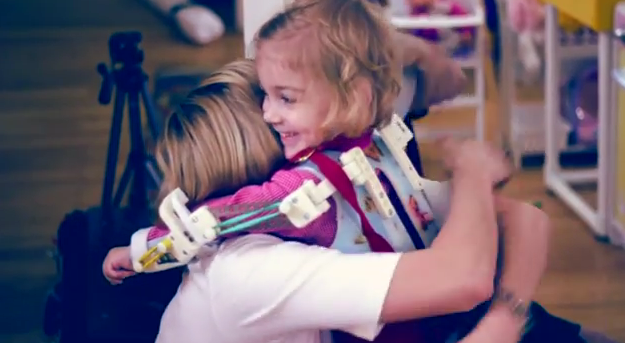 A 2-year-old girl named Emma has a congenital condition called arthrogryposis which doesn’t allow her to lift her arms on her own. Dr. Tariq Rahman of the Center for Orthopedics Research and Development at Nemours/Alfred I. duPont Hospital for Children in Delaware and research designer Whitney Sample helped Emma gain mobility by fitting her with (what she calls) ‘magic arms’, a custom-made 3D-printed Wilmington Robotic Exoskeleton (WREX) that mounts on her wheelchair. The WREX is normally metal, which would have been too heavy for a child to use, but by printing it out on a Stratasys 3D printer, they were able to make it lightweight (but durable) enough for her tiny frame. Watch Emma’s inspiring story in this video. Donate here to help Nemours continue its work.

Her mother, Megan, is quoted in the case study (pdf) as saying, “When she started to express herself, we would go upstairs…and we would say, ‘Emma, you know we’re going to put the WREX on.’ And she called them her magic arms…” 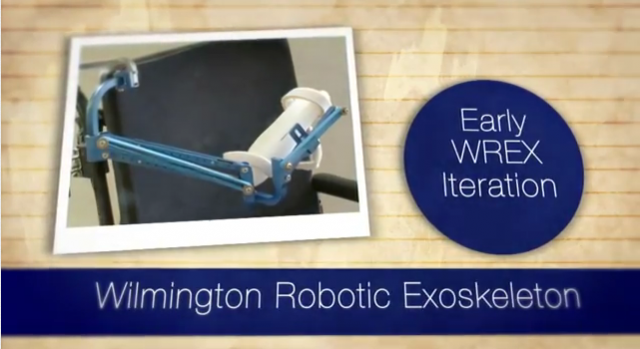