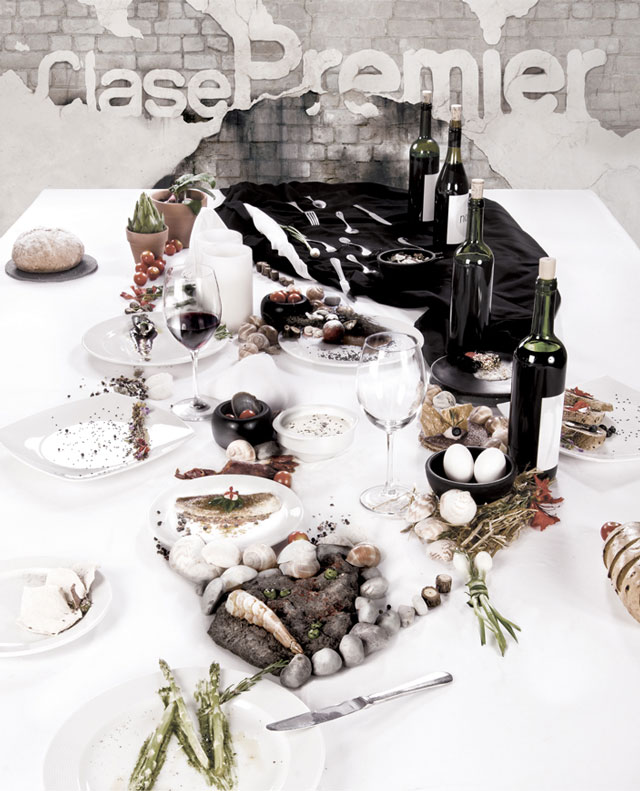 For the August 2012 cover of Clase Premier, the first-class magazine for Aeromexico, Mexican agency Golpe Avisa styled food, drinks and other culinary items to portray Danish chef René Redzepi (of the restaurant, Noma) in a unique trompe l’oeil portrait. They also made a great behind-the-scenes time-lapse video of their process.

First we started to sketch to find the angle and proportions that would have to handle in order to achieve the desired effect. The hardest thing was to stay within the reality and know that whatever we decide to put as an element in the image would have to find easily near us, and we decided to use the photo retouching as little as possible and get the final cover almost one photo…

The work included going out to buy ingredients, cook some things, simulate dishes (mantiéndonos as close as possible to what was presented by the same Redzepi in his restaurant Noma), make up food, some things with clay modeling, etc.. 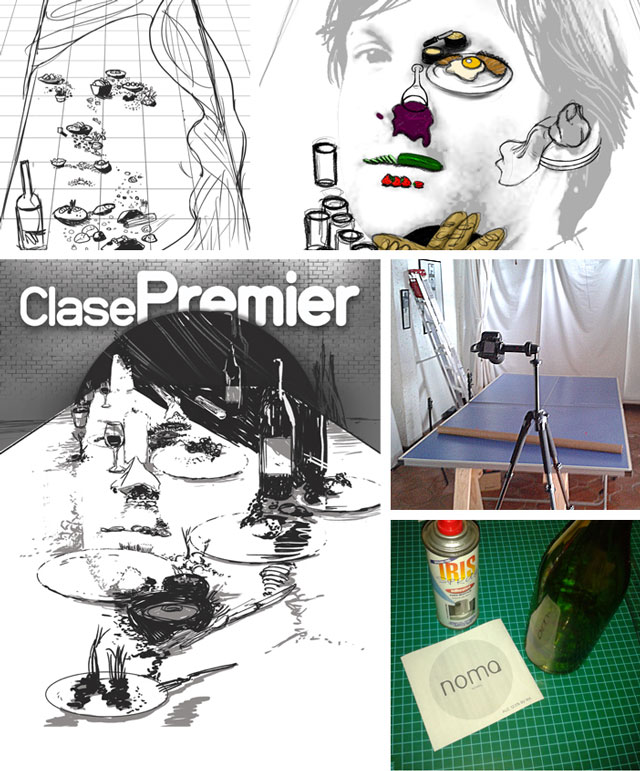 via Fstoppers and PetaPixel