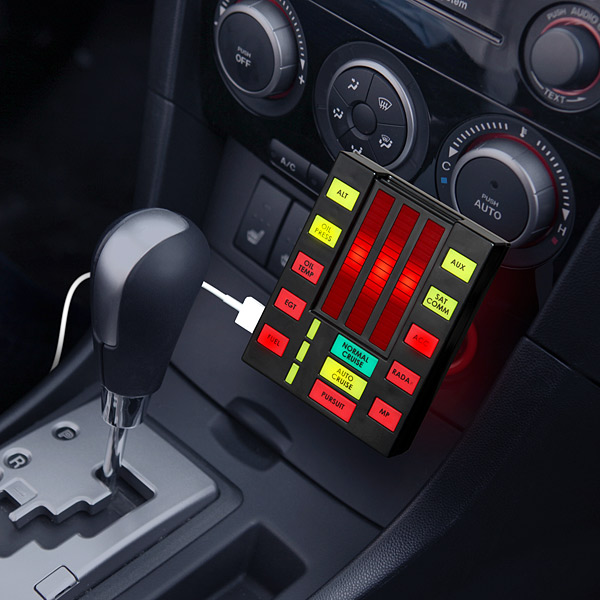 ThinkGeek has released an officially licensed USB car charger that looks like KITT‘s voice box from the classic Knight Rider television series. The light bars on their KITT USB charger sync to audio, which also plays back noises and 11 different phrases from the TV show. It is available to purchase online.

We previously wrote about ThinkGeek’s geeky USB car charger that looks like Doc Brown’s flux capacitor from the Back to the Future films.

The Knight Rider KITT Car USB Charger has two USB ports, each capable of charging almost any USB-powered device (both put out 1.0 Amp). But it also has that signature light sequence from KITT’s voicebox we all know and love, synced to respond to 11 different audio phrases from the TV show. And in case you ever need less 80s, there’s a switch to turn the whole thing off or mute him. Possibly so your smart-mouthed car doesn’t speak to the nice officer. 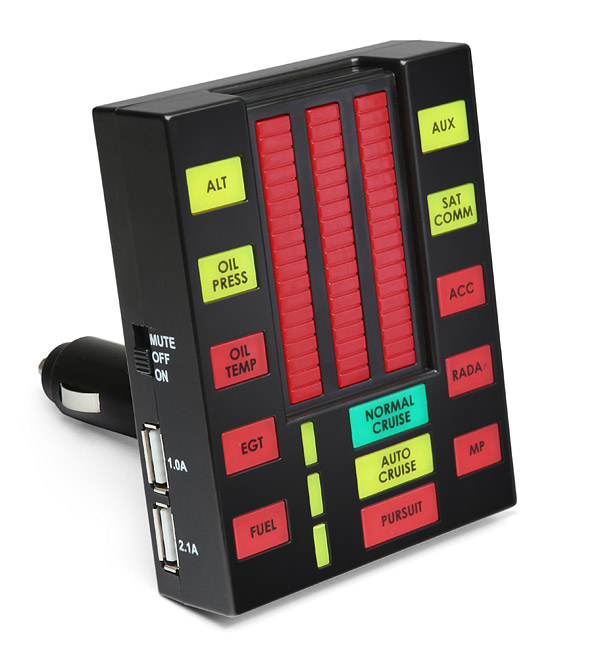