ThinkGeek has released a Star Trek U.S.S. Enterprise Sushi Set that looks just like the iconic starship U.S.S. Enterprise NCC-1701 from Star Trek: The Original Series. It comes with a wooden base to use as a plate, the saucer of the ship opens up into a soy sauce dish, and the blue warp trails pull off to be used as chopsticks. It is available to purchase online.

Uhura has a secret. It’s nothing bad, but it’s just nothing she’s shared with her crewmembers. Uhura loves Argoan sushi. Now, the food synthesizers can make an almost acceptable version, but nothing beats the real thing. And when Uhura can get 100% real Argoan sushi, she has a whole ritual involving how to eat it. And she always, ALWAYS, uses the Star Trek U.S.S. Enterprise Sushi Set she was given for her first anniversary onboard. 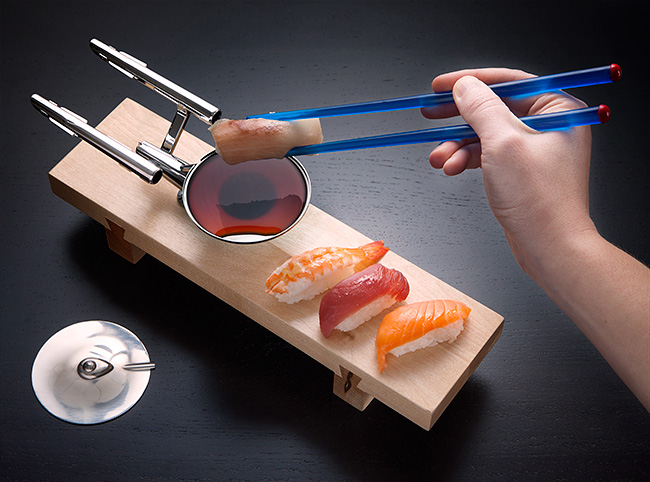