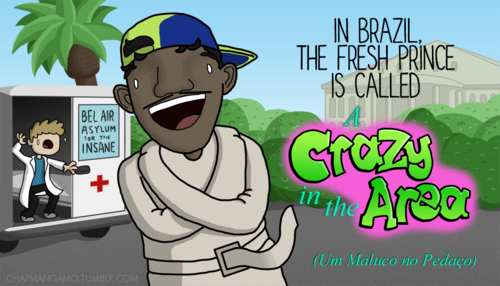 Manchester-based artist James Chapman (see previously) has created a series of illustrations (Part One and Part Two) that showcase the meaning of television show names in other languages. For example, the Hungarian version of HBO’s Game of Thrones is literally translated to “Throne Fight” — and the rest are almost as wacky. 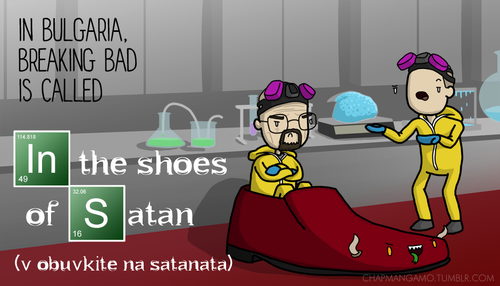 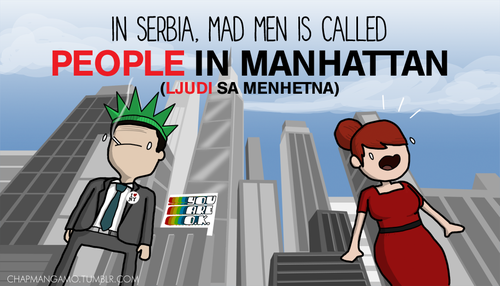 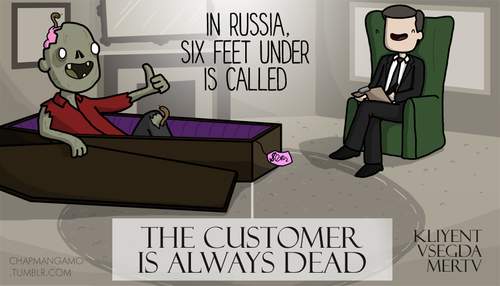 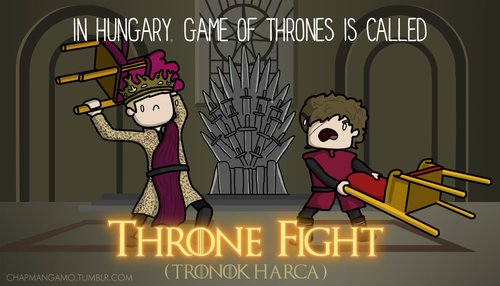