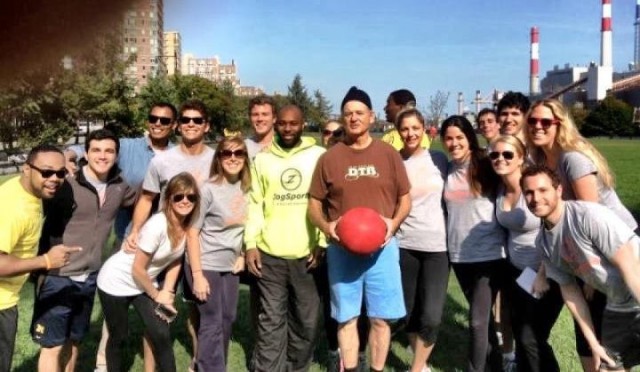 The website called Bill Murray Stories has several accounts of people meeting Bill Murray in unusual circumstances and typically they end with Murray saying, “No one will ever believe you.” According to the site, these stories are generally fictional. They say, “It is difficult to estimate what portion of them contain any truth, but that kind of adds to the allure, no?”

This past weekend, however, Bill Murray really did crash a kickball game on Roosevelt Island in New York City. According to Entertainment Weekly’s PopWatch, he “was on an outing to the island with his younger sons when he came across some twenty-somethings playing kickball at Roosevelt Island’s Firefighter Field” and decided to join in on the fun for ten minutes.