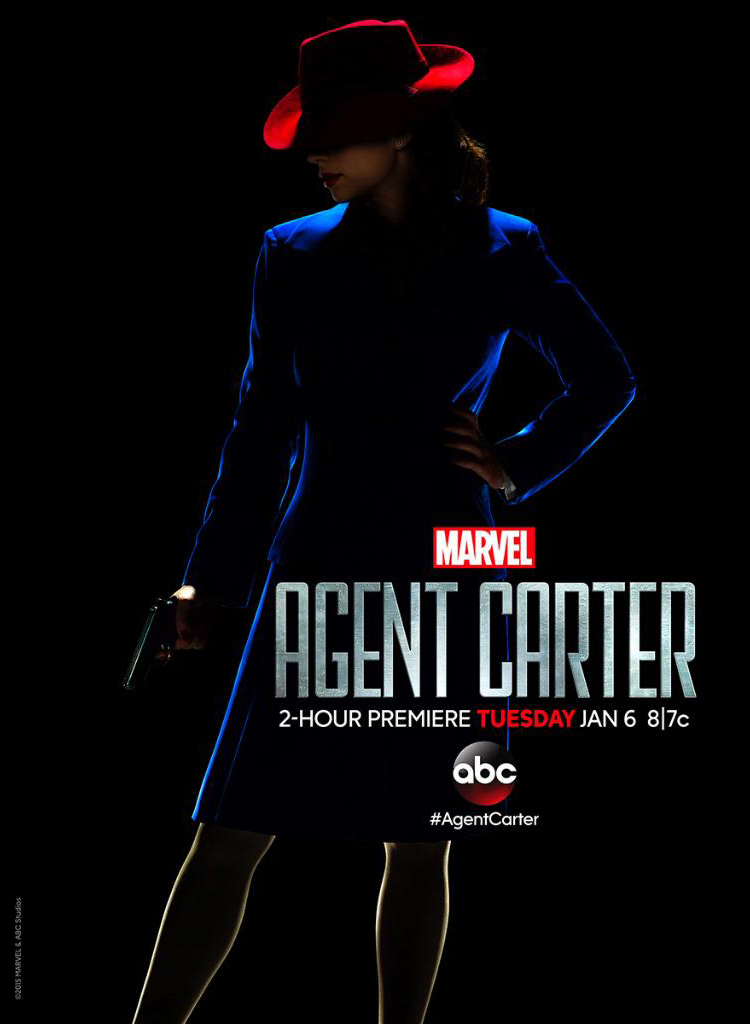 A new super spy poster has been released for the upcoming two-hour series premiere of Marvel’s Agent Carter starring Hayley Atwell as Peggy Carter. Marvel’s premiere of the eight-part series will air Tuesday, January 6th, 2015 at 8 PM ET on ABC.

It’s 1946 and Peggy Carter (Hayley Atwell) is marginalized in the aftermath of World War II as all the men return from war. Relegated to administrative duties, Peggy wishes to be able to put her skills to better use by getting out in the field to take down the bad guys, all while dealing with losing the love of her life, Steve Rogers. When her friend Howard Stark (Dominic Cooper) is framed, Peggy proves that sometimes the best man for the job is a woman.