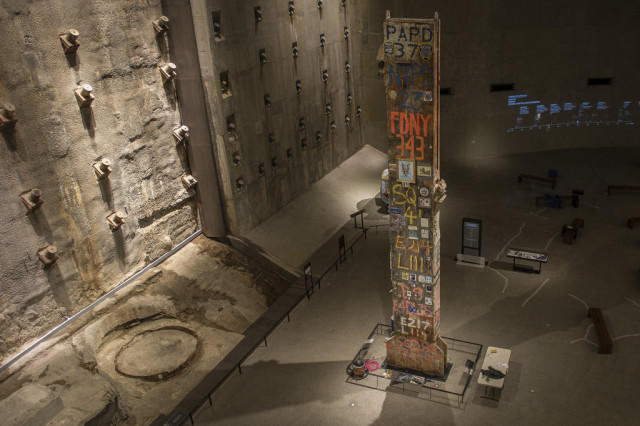 On May 15th, 2014, the National September 11 Memorial Museum located at Ground Zero in Manhattan opened its doors to the families of those who affected by the World Trade Center attacks, along with opening remarks from President Obama and New York Mayor Michael Bloomberg. Ahead of the museum’s public opening on May 21st, The New York Times has an multimedia tour of the memorial, including videos, text, images, quotes and maps of the space.

The narrow corridor opens onto the first overlook of the museum space. Continuing on, large artifacts reinforce a sense that we have arrived at the World Trade Center site.

photo via The New York Times