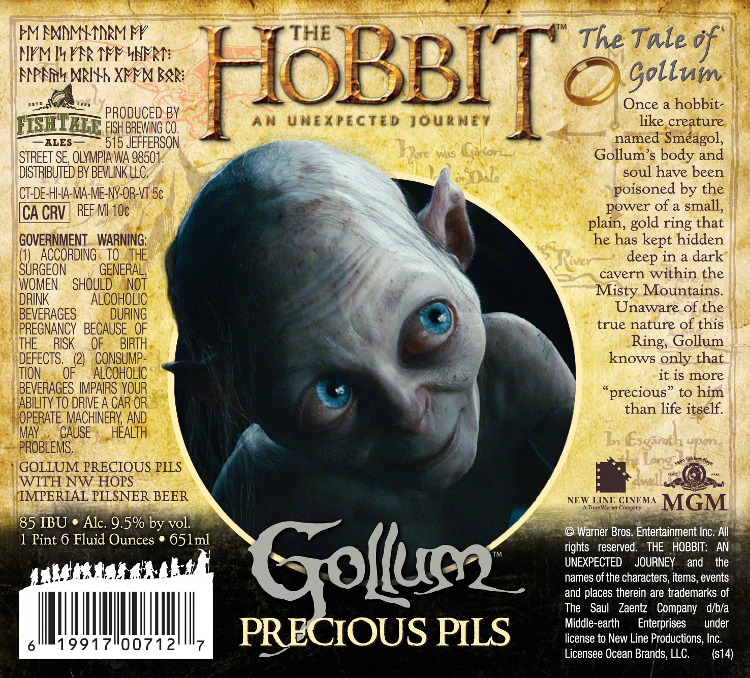 Fish Brewing partnered with BevLink to create a line of beers based on The Hobbit film series. Each of the three 22 oz. beer bottles (10% ABV) feature a different character from the series of fantasy films: Gollum (Smeagol), Smaug the dragon, and Orc leader Bolg. According to BeerPulse, BevLink will be distributing the beer “in the west” this week and eventually make them available across the U.S in the near future.

Gollum Precious Pils: A strong Imperial Pils, with flavors as smooth and crafty as Gollum himself. Like the ring which Gollum pursued for the rest of his life, his “precious” pils, if your quest leads you to it, could extend your life too! (at least we’d like to think so) It will, at a minimum, make your journey a little more enjoyable!

Smaug Stout: Smaug Stout is styled after a classic Russian Imperial Stout, but with a subtle hint of Habanero chilis to remind you of the fire and danger awaiting you in your journey to The Lonely Mountain. Pronounced notes of Coffee and Chocolate balanced with Northwest Hops and a touch of heat produce an exceptional imperial stout, a worthy reward for your hard-fought journey.

Bolg Belgian Tripel: An Orc chieftain who ruled for 150 years, Bolg would drink his grog of choice and no one would tell him otherwise – a flavorful strong Belgian Tripel. Some said it refined an otherwise gruesome character. 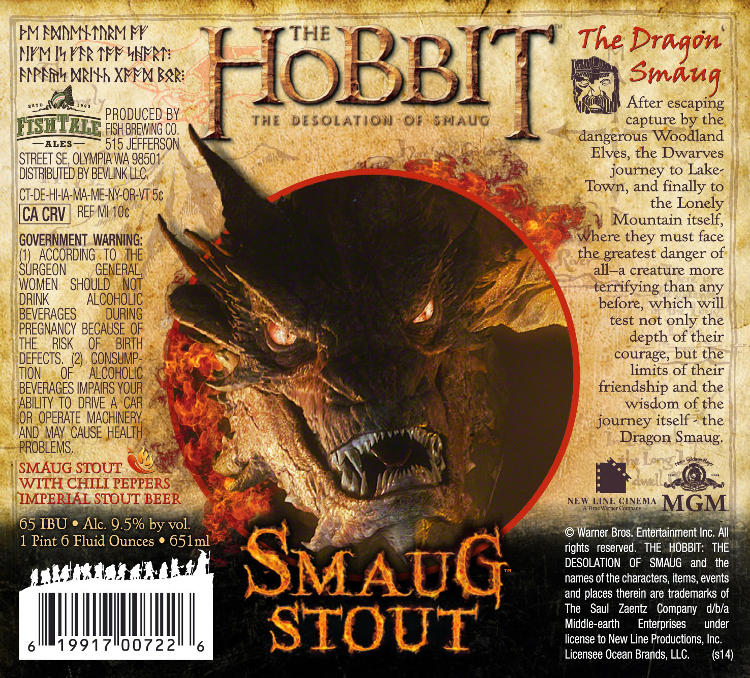 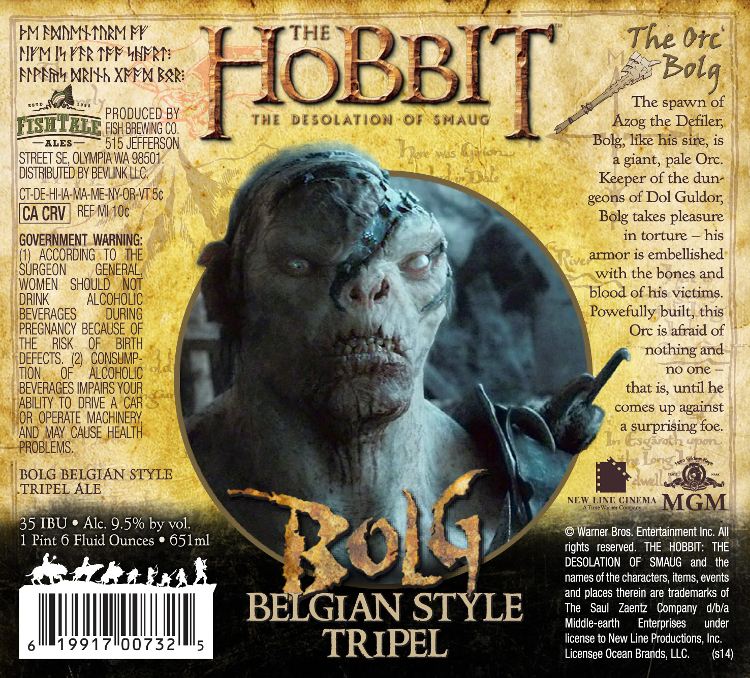