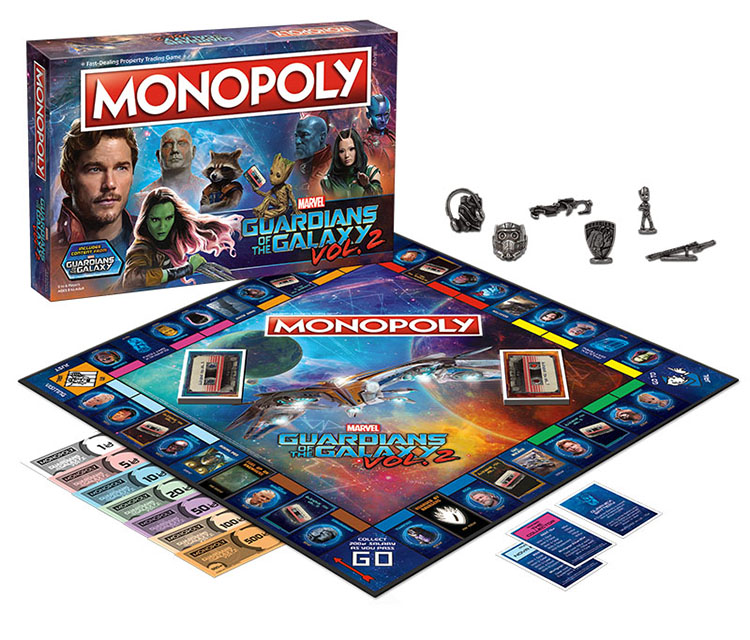 USAopoly has released a fantastic Guardians Of The Galaxy Vol. 2 edition of Hasbro and Parker Brothers‘ classic Monopoly board game. It is available to pre-order from Amazon and will ship on June 30th, 2017.

The Guardians of the Galaxy Vol. 2 Monopoly Game offers fans of the Marvel Cinematic Universe a unique game play adventure as they recruit characters from both Guardians of the Galaxy films, collecting bounties and double crossing their opponents while enjoying the classic table top experience of one of America’s favorite board games. The 6 player tokens resemble Star-Lord’s Mask, Young Groot, Rocket’s Blaster, Gamora’s Sword, Mantis, and a Cassette Player. This monopoly is a must have for fans of Guardians of the Galaxy movies. 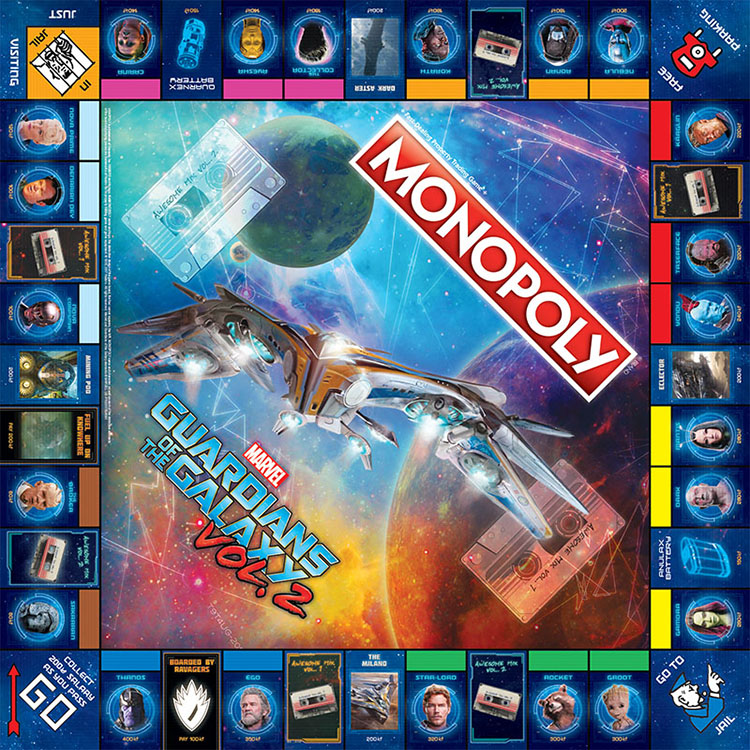 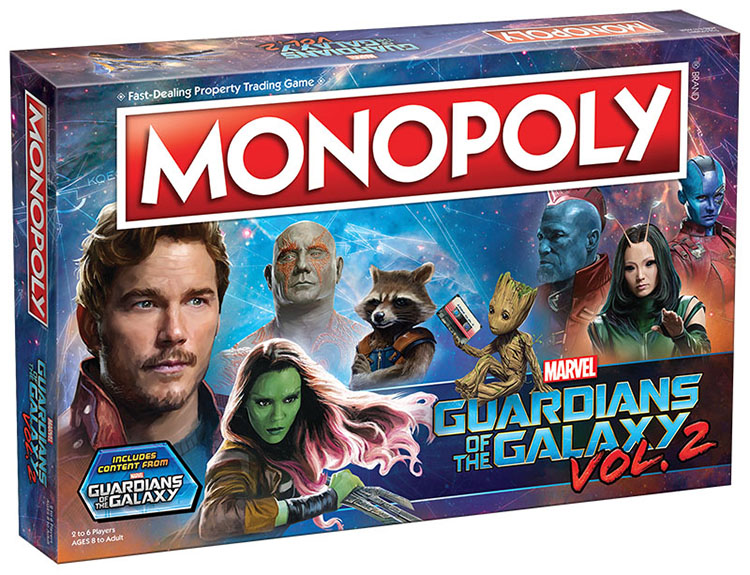