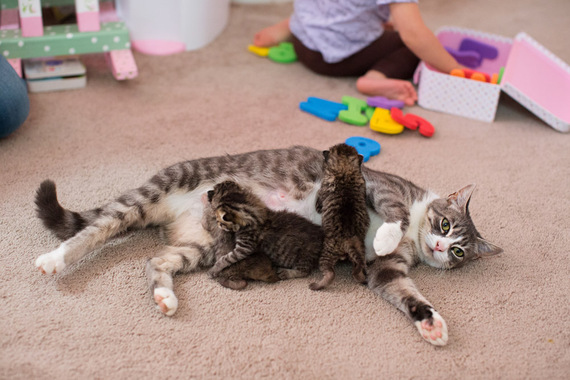 A beautiful cat named Mikey, whose newborn kittens sadly passed away shortly after birth, was given a compassionate way out of her looming depression while providing much-needed security to three orphaned kittens. Mikey’s human Hillary had contacted the cat rescue agency Dori’s Darlings to see what she could do to help her grieving cat and a foster mother named Amanda Lowe responded with the three kittens.

Just days before Mikey lost her last kitten, Amanda received three baby kittens to foster that were just a few days old, that still had their umbilical cords attached. …Immediately, Mikey started licking them, grabbing them, hugging them. Around 15 minutes later, the cat spread out and rolled over giving the three kittens a nursing invitation. …After two hours, Amanda knew that with Mikey cuddling her new kittens, bathing them, and falling asleep with them, that she was leaving a very happy mama cat and giving the abandoned kittens a new home. She said they even looked like they belonged to one another. 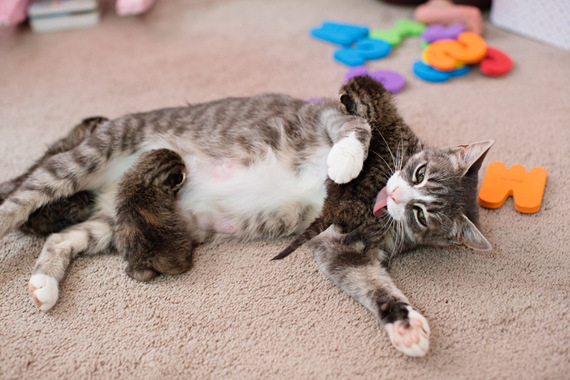 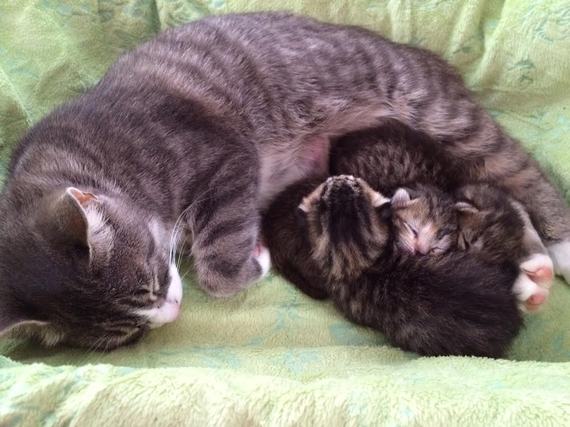 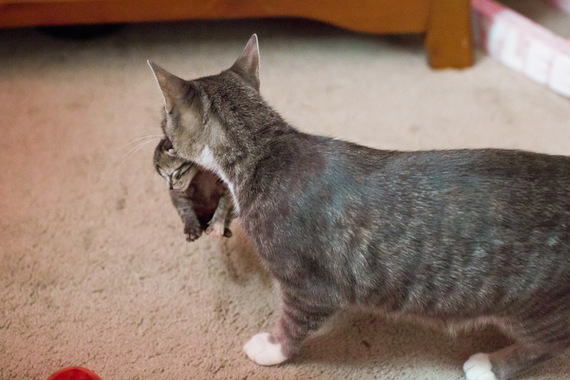 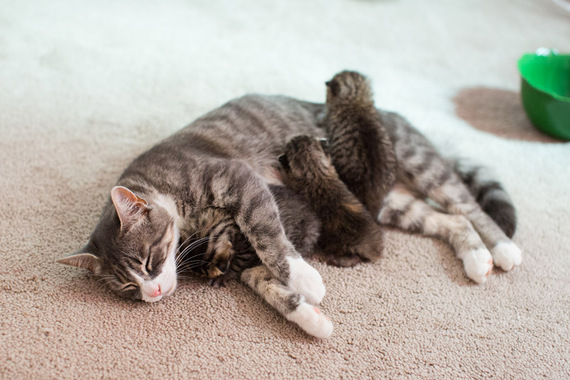