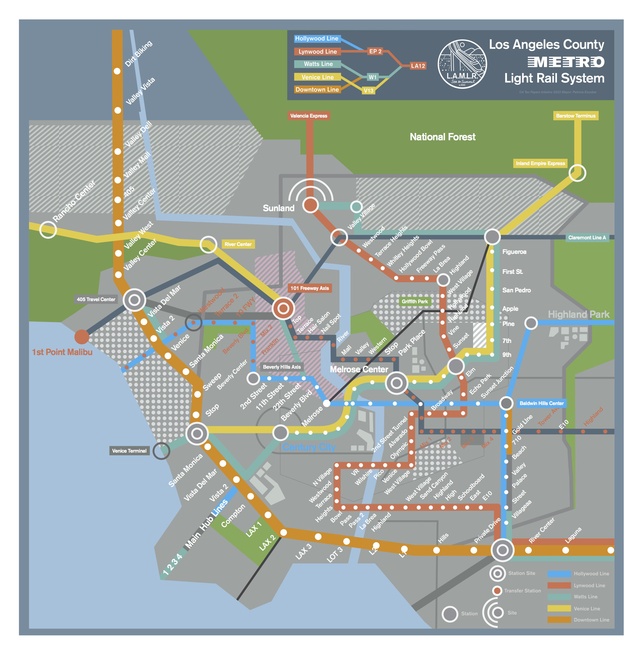 Designer Geoff McFetridge — creator of the interfaces and graphic elements in the film Her directed by Spike Jonze — sent a copy of the futuristic subway map that briefly appears in the movie to Gizmodo. The Los Angeles Metro Light Rail (LAMLR) map isn’t geographically accurate, but it’s a fascinating vision of what the subway system could be. Here’s a larger version of the map.