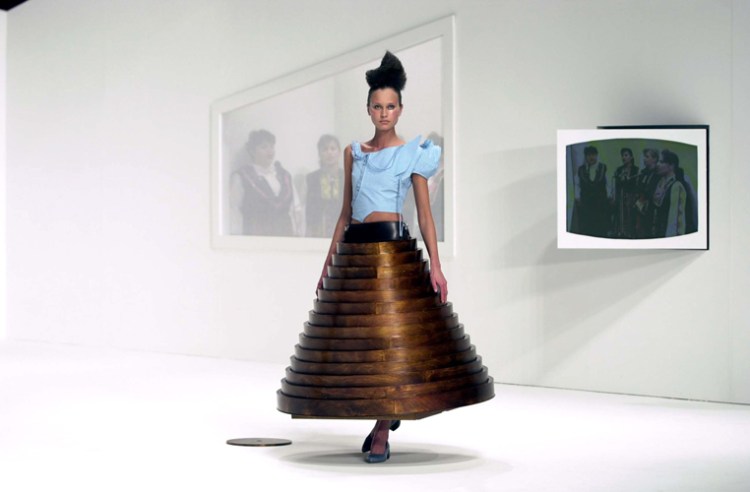 “Afterwords” is the autumn/winter 2000 womenswear collection by fashion designer Hussein Chalayan. Pieces of furniture onstage during a fashion show appear to be mere props, but the models remove covers from each chair and pull the fabric onto themselves to reveal elegant, modern dresses. The pièce de résistance of the collection is a table that converts into a skirt comprising many concentric wooden rings.

Afterwords (2000) was inspired by the horror of having to leave your home at the time of war. Initially Chalayan took the inspiration from how Turkish Cypriots (including members of Chalayan’s family) were subjected to ethnic cleansing in Cyprus prior to 1974 (as there were attempts to annex Cyprus to Greece). After talks with his family Chalayan explored the idea of how we may want to hide our possessions or how we may want to carry them with us on departure in such an ordeal. In this light a living room was created where clothes were disguised as chair covers, suitcases as chairs and each object in the room fitted into a special pocket which was specifically designed to contain them. 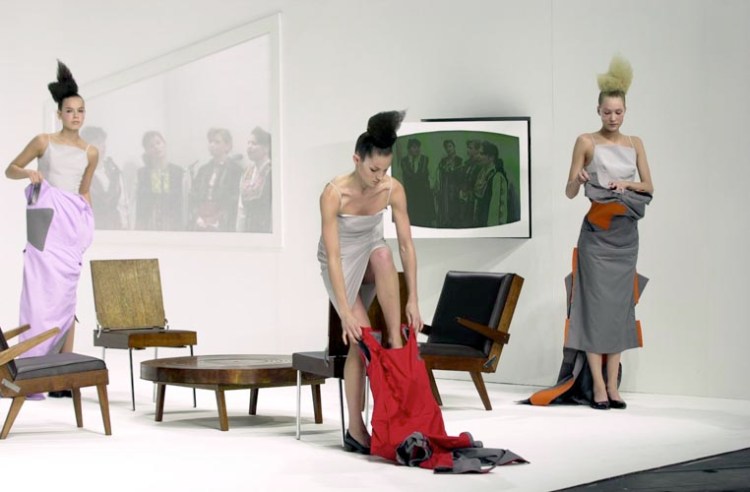 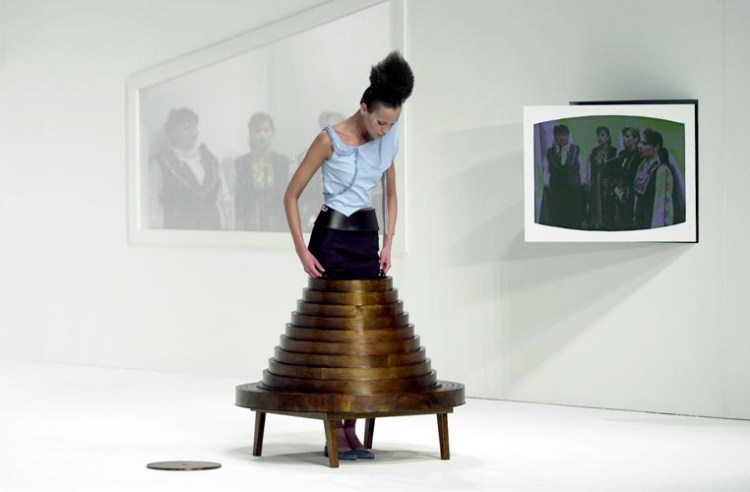