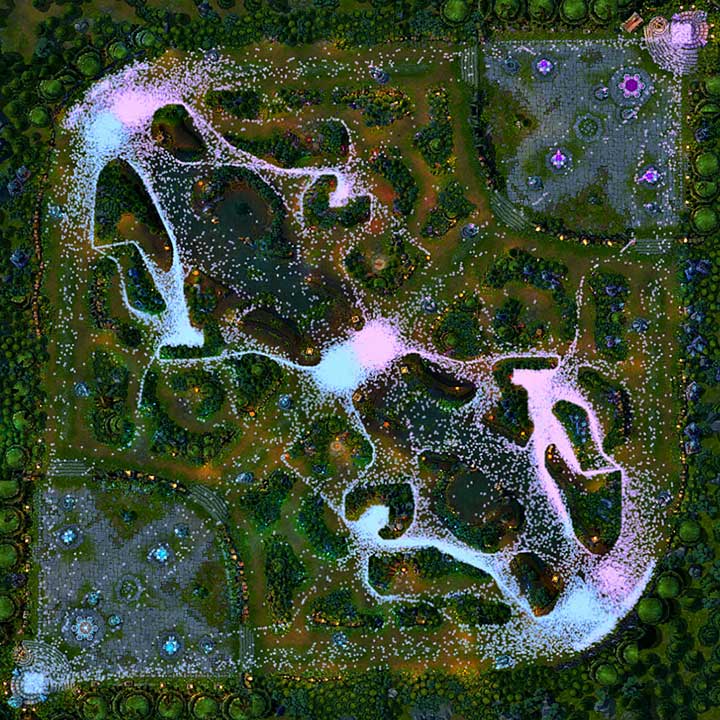 The New York Times has posted a fascinating article that looks at the positions of players in 10,000 matches of the video game League of Legends (see previously) by developer Riot Games. The article uses data collected from the archives of Riftwalk.gg to recreate all the matches as if they were happening at once to demonstrate the movement of players over time. More on the data — including a interesting breakdowns of various metagame positions and lanes — is available at The New York Times.