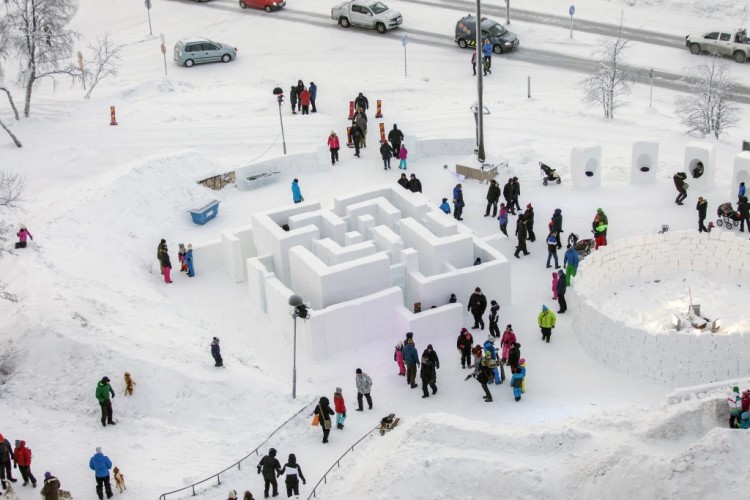 For the 2015 Kiruna Snow Festival in Kiruna, Sweden back in January, Swedish design studio PINPIN created a delightful snow playground featuring a giant maze, two slides, and a large-scale snow lantern, all made out of snow and ice. The playground was built in a collaborative effort that included the famed ICEHOTEL (previously) and students from a local school. The playground is open to the public until it melts (probably in April). 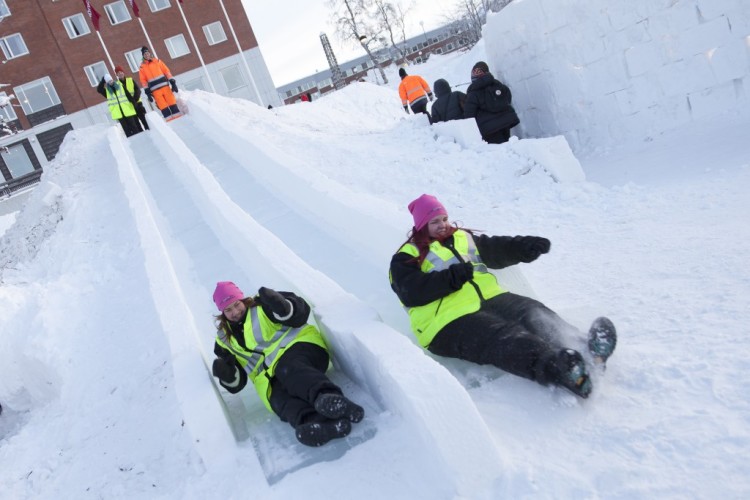 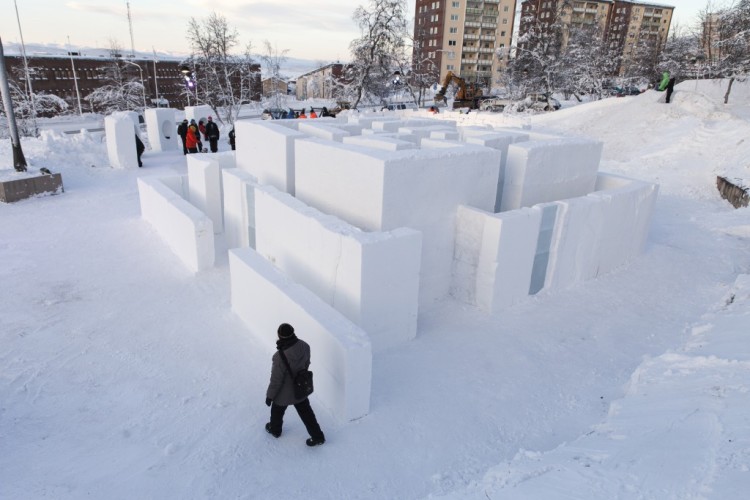 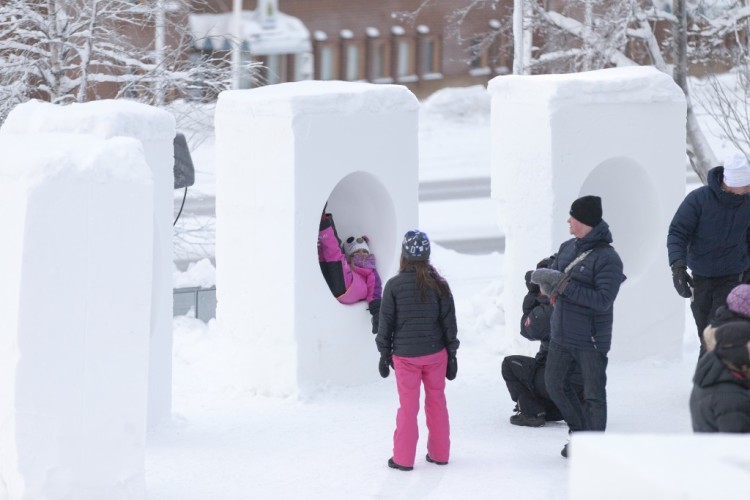 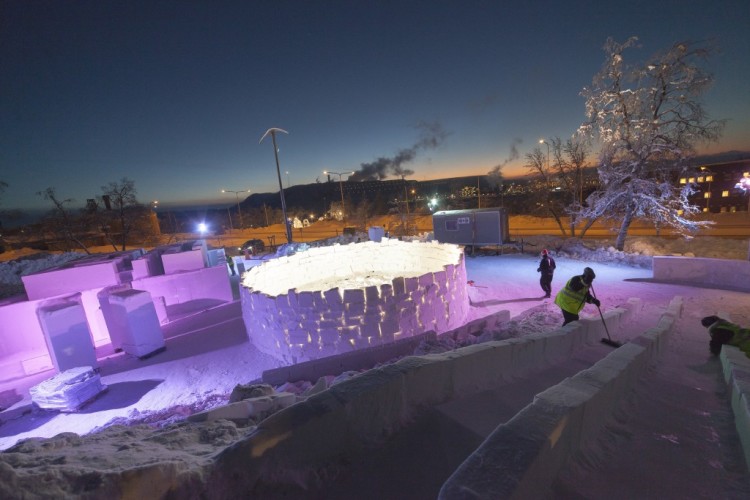