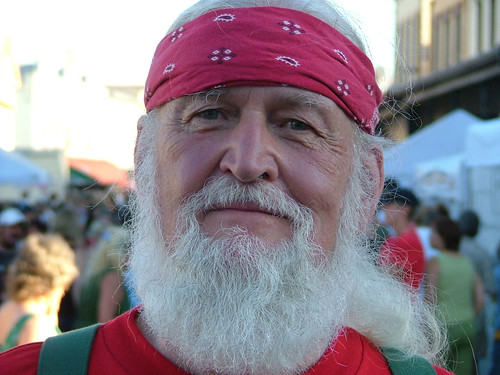 This Friday night, Berkeley’s Ashkenaz is hosting a celebration of the life, songs and stories of U. Utah Phillips, who passed away in May of this year at age 73.

A true folk hero, Utah Phillips was a labor organizer, storyteller, hobo, musician, anarchist, atheist, pacifist and poet who dedicated the bulk of his life to preserving the words and the deeds of the American worker. Through folk music, exquisitely-told stories, humor, honesty – and sometimes, rage – Phillips sought to remind people that the rights they now enjoy were not given, but earned, and often at great cost.

“Kids don’t have a little brother working in the coal mine, they don’t have a little sister coughing her lungs out in the looms of the big mill towns of the Northeast. Why? Because we organized; we broke the back of the sweatshops in this country; we have child labor laws. Those were not benevolent gifts from enlightened management. They were fought for, they were bled for, they were died for by working people, by people like us. Kids ought to know that. That’s why I sing these songs. That’s why I tell these stories, dammit. No root, no fruit!” 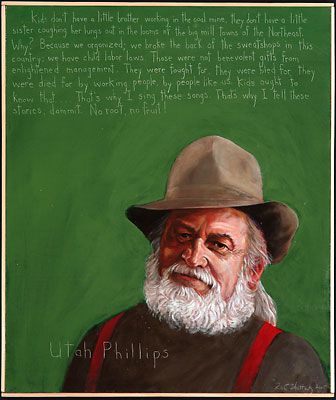 Long beloved in the folk music community, Phillips gained broader notoriety during the nineties through his two musical collaborations with singer/songwriter Ani DiFranco, “The Past Didn’t Go Anywhere” and “Fellow Workers,” for which he received a Grammy nomination. In addition to his own compositions, Phillips regularly recorded and performed his interpretations of classic folk songs, such as those of famed labor activist Joe Hill.

“Joe Hill was executed by the state of Utah, November nineteenth, nineteen-hundred-and-fifteen, for writing songs like this. But he left them to us – these are people’s songs – so you damn well ought to learn how to sing it, don’t you think?” – U. Utah Phillips

Phillips believed that folk history – “the long memory,” as he called it – was everyone’s birthright, an uninterrupted river into the past from which we could draw wisdom, insight and inspiration, and from which we were becoming increasingly disconnected. He believed that maintaining this connection was not only vital, but subversive, as people with a strong connection to the struggles of the past would be far less likely to be manipulated again in the same way.

“The long memory is the most radical idea in America.” – U. Utah Phillips

A lifelong member of the IWW (the Industrial Workers of the World, or “Wobblies”) Philips was a firm believer in the power of organized labor and direct action as a means to bring about change. He believed in taking individual responsibility instead of assigning it to elected officials and his countless concerts served not only to entertain, but to educate his audience, and inspire them to action. 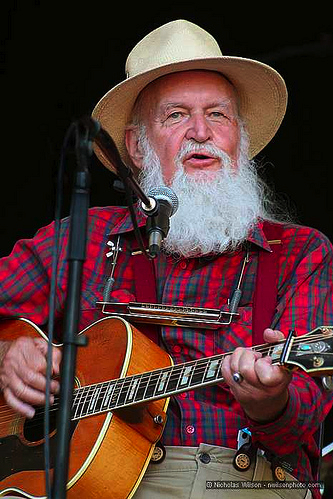 On his radio show “Loafer’s Glory: The Hobo Jungle of the Mind,” Phillips once said, “My work on this planet has been to remember.”

It is fitting then that we celebrate the life of U. Utah Phillips by continuing to remember; carrying his words, music and spirit with us, making them forever part of the long memory.