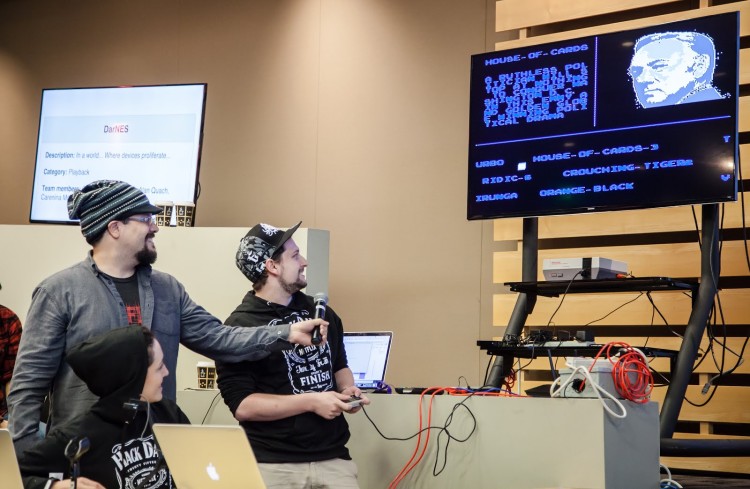 Netflix employees Guy Cirino, Alex Wolfe, and Carenina Motion participated in the company’s latest developer Hack Day by bringing an extremely low-resolution version of the popular video-streaming service to an original Nintendo Entertainment System (NES). The trio was able to accomplish the feat without actually modifying the console itself, instead tweaking a cartridge to deliver video that included an 8-bit version of the House of Cards intro.