Cultivated Wit has begun an online campaign to build a 300-mile wall around San Francisco and the Bay Area during the week of Burning Man so that festival attendees can’t get back into the city. The ambitious project is seeking $7,300,000,000 to build the wall from Point Reyes or Santa Cruz through the crowdfunding site MegaGoGo, which also features projects like rerouting the Mississippi River to California, building a tunnel under the entire Midwest, and deploying a fleet of blimps in Los Angeles to alleviate traffic.

We want to help Burning Man attendees continue their favorite week of the year, and allow them to keep experiencing the genuine community and deep connections they can only feel while at Burning Man. To do this, we will build a 300-mile wall around the entire Bay Area during Burning Man. 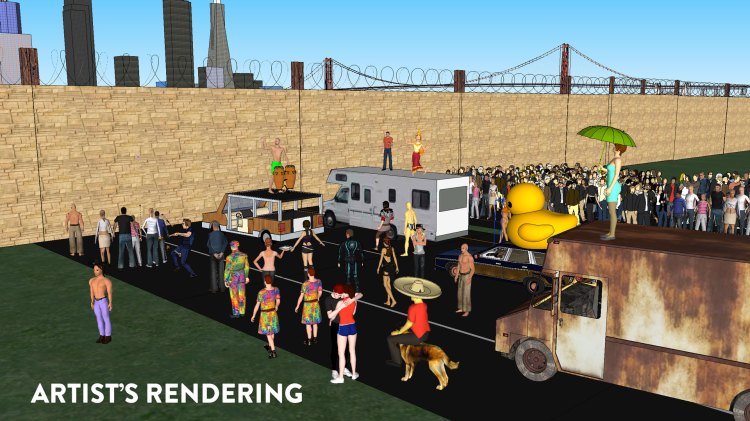