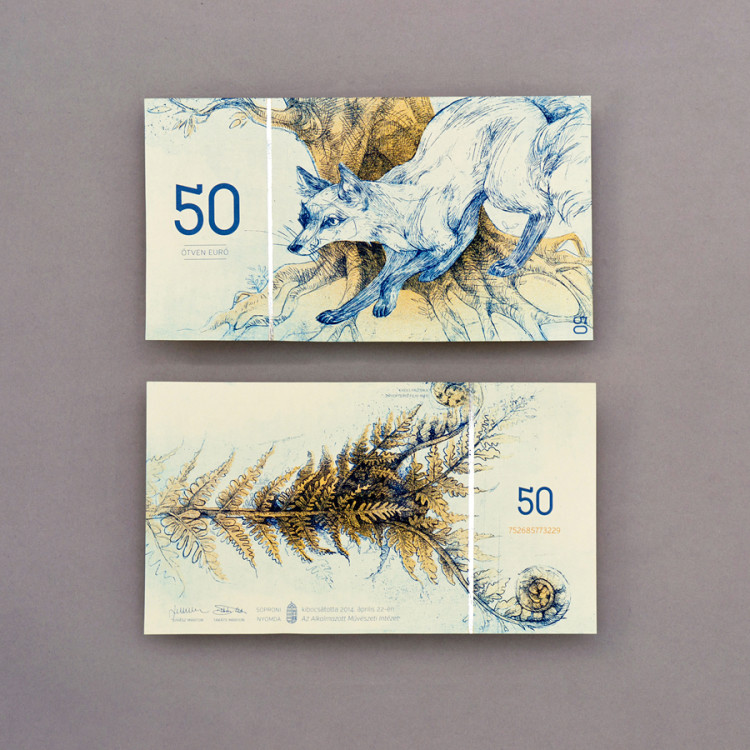 Hungarian graphic designer Barbara Bernát created this beautifully illustrated design for a fictitious Hungarian currency: the Hungarian euro (Hungary uses the Hungarian forint). Each banknote features a European plant and animal, and like the euro, the bills increase in size as the denominations increase. For realism Bernát etched her designs in copper plates and printed them with the intaglio technique, a technique used to produce banknotes in many currencies. And it appears that at least one of the notes was printed with UV ink and glows under black light. Bernát is selling original etchings of her Hungarian euro on Etsy. 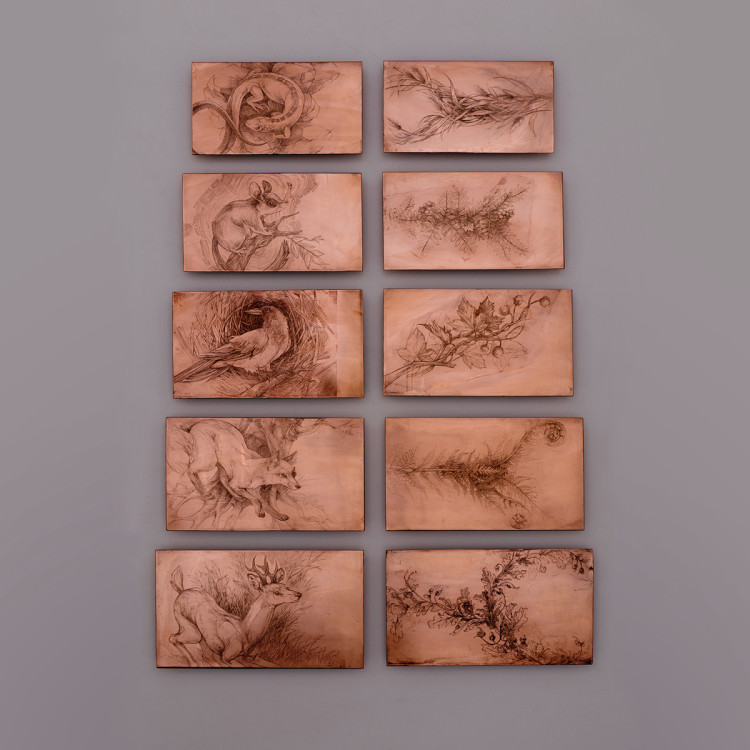 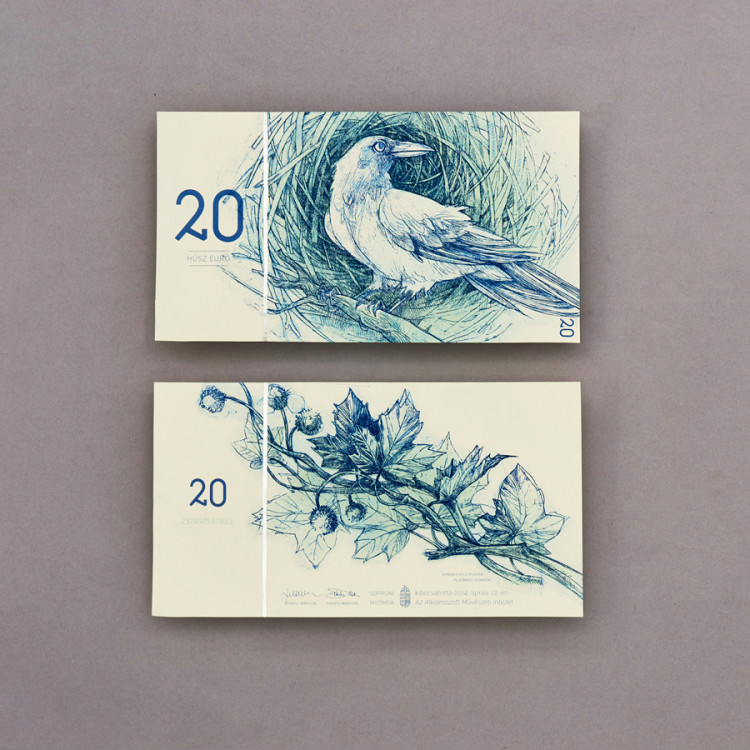 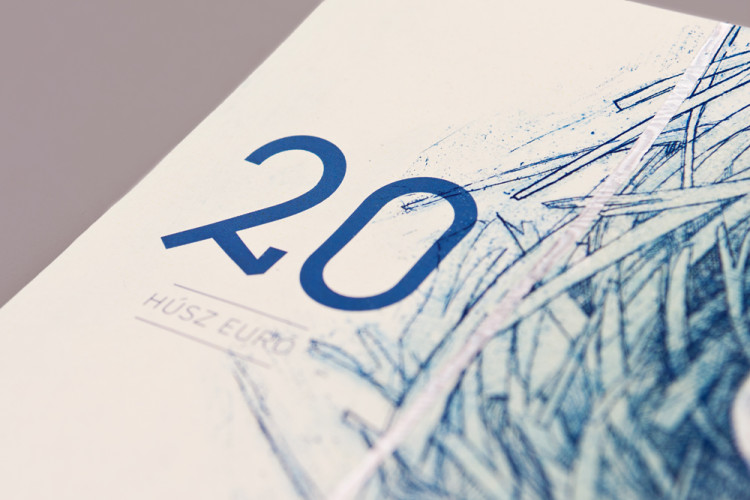 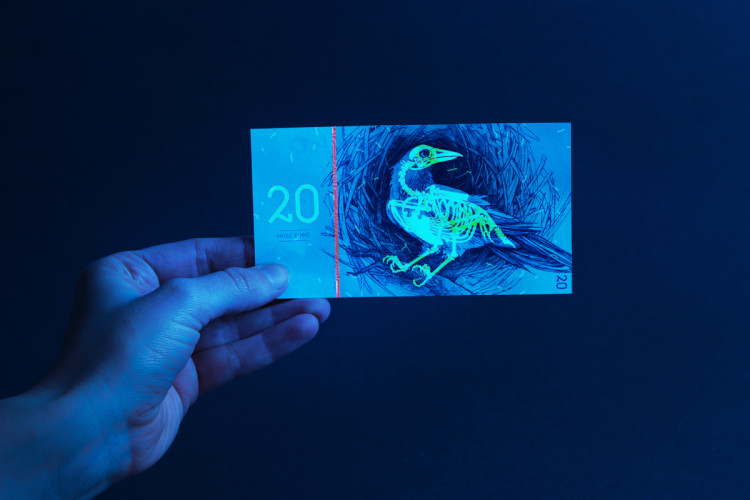