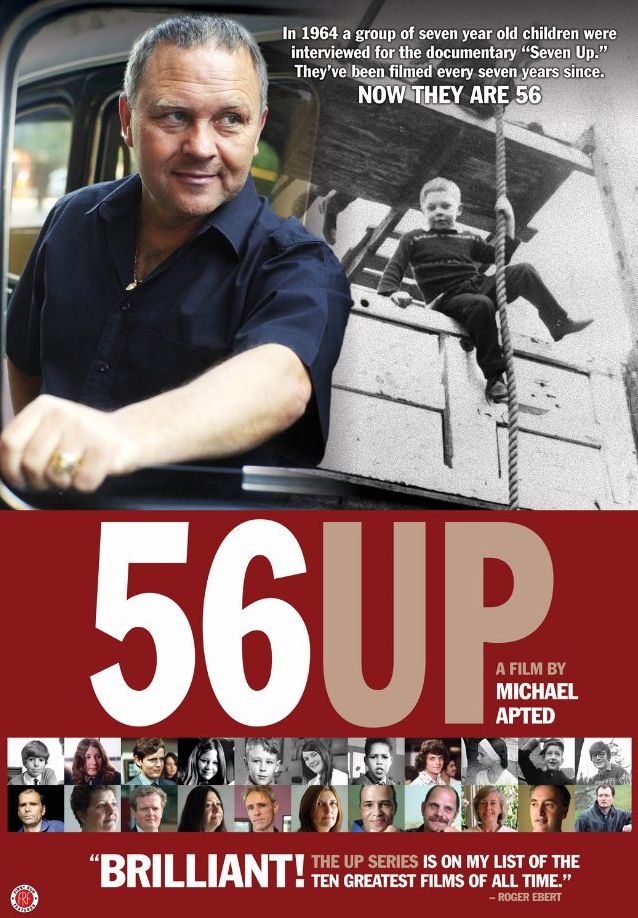 Since 1964, the same group of British-born people has been followed and filmed every seven years, starting when they were seven years old. The children were chosen to “represent the range of socio-economic backgrounds in Britain at that time, with the explicit assumption that each child’s social class predetermines their future.”

At the age of 56 years and have participated in the “Up Series,” titled 56 Up, which is directed by documentarian Michael Apted. Manohla Dargis of The New York Times recently reviewed it and states, “They’ve shown that class is alive and well in Britain, even as the documentaries have also exposed that sharing your life with the public, receiving its love and its criticism, can itself be a profoundly complex leveler.”