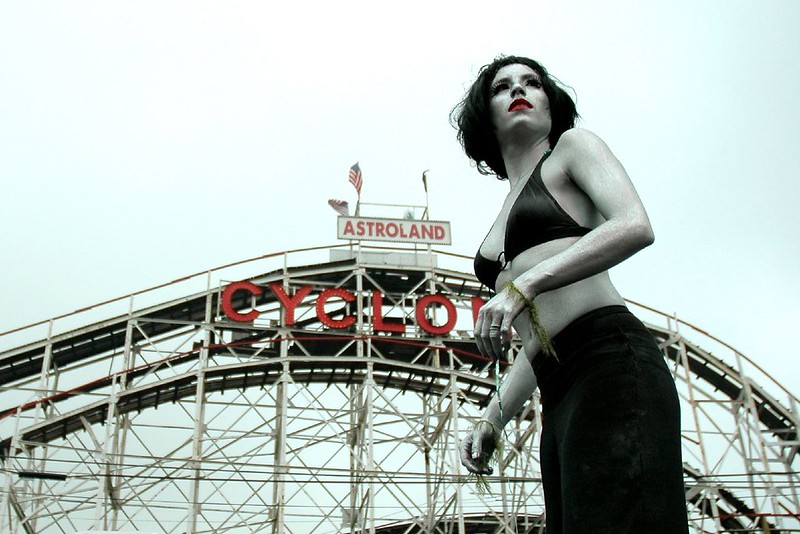 The 25th Annual Mermaid Parade, the largest art parade in the US, takes place this Saturday, June 23rd at Coney Island in Brooklyn. This year Adam Savage of MythBusters has been crowned King Neptune and he will be on hand to help bust the myth that Coney Island is shutting down. Andy Wharhol protégé, actress Patti D’Arbanville, is this year’s Queen Mermaid.

The Mermaid Parade celebrates the sand, the sea, the salt air and the beginning of summer, as well as the history and mythology of Coney Island, Coney Island pride, and artistic self-expression. The Parade is characterized by participants dressed in hand-made costumes as Mermaids, Neptunes, various sea creatures, the occasional wandering lighthouse, Coney Island post card or amusement ride, as well as antique cars, marching bands, drill teams, and the odd yacht pulled on flatbed.

Following the parade is The 2007 Mermaid Parade Ball which will take place at the The Child’s Restaurant Building.