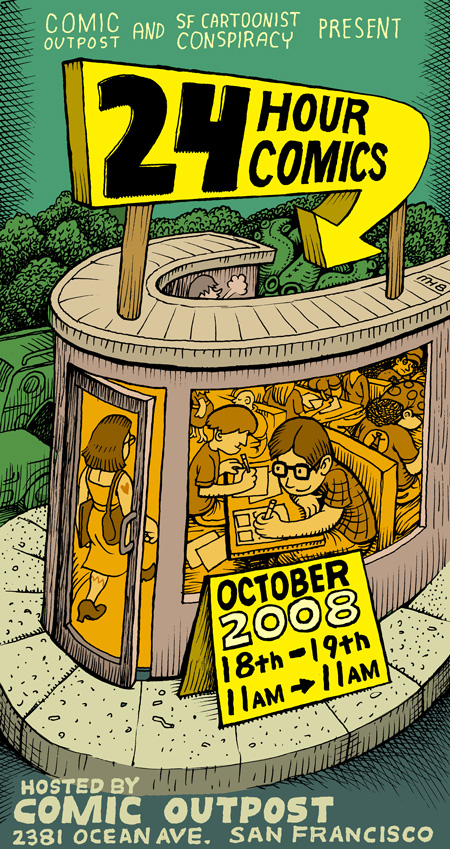 On August 31st, 1990, Scott McCloud (Understanding Comics), originator of the 24 Hour comic concept, completed his first creative marathon. On April 24th, 2004 Nat Gertler organized the first 24HCD bringing together legions of participants all over the world in this annual event. In the years since, thousands have tried and many have succeeded in creating their own 24 hour comics.

Doc Pop will also be live streaming the event on Ustream.