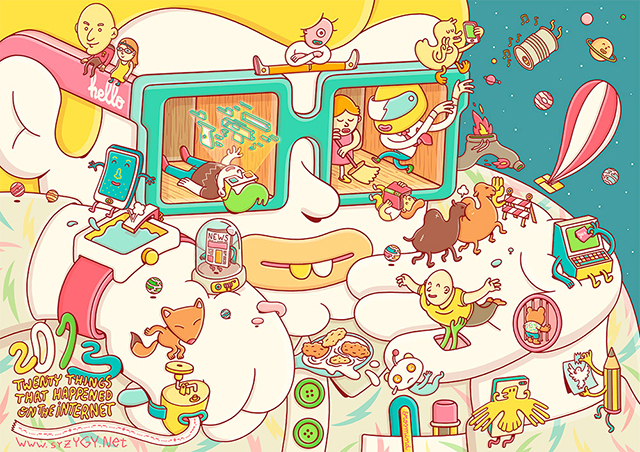 Barcelona, Spain-based designers and brothers Juan and Alejandro Mingarro of Brosmind Studio have created an illustration for SYZYGY of “20 Things That Happened on the Internet in 2013.” We’ve previously posted about SYZYGY’s collborative designs from 2010, 2011, and 2012.

One internet year, One illustration, 20 defining events hidden within. Can you spot them all?