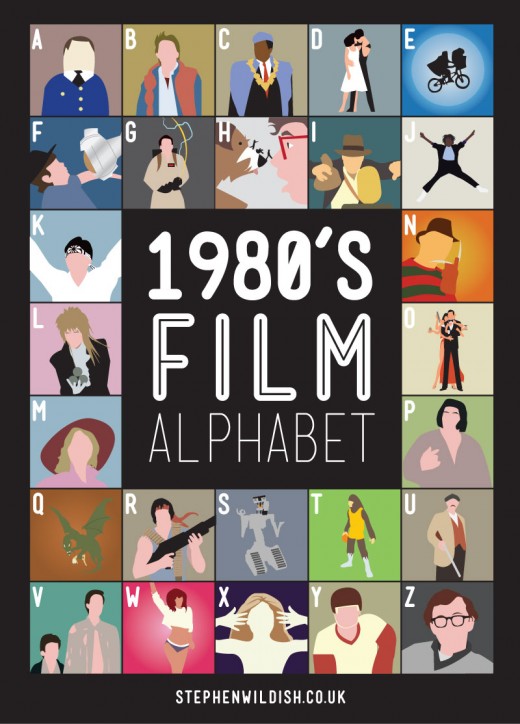 Freelance designer Stephen Wildish spends the end of some weeks working on his Friday Project, a “project to create something witty or pretty for a friday”. Recently for his Friday Project, he created the 1980’s Film Alphabet which is a great graphic that quizzes your pop culture movie knowledge from the eighties. Posters are available from the designer at his site.